Demand for machinery has taken a back seat as trade concerns have farmers worrying about who will buy their products, while financial-services results have come under pressure due to operating-lease losses. Construction equipment purchases are also set to decline.

Giving his first guidance for fiscal 2020, newly appointed Chief Executive Officer John May projected net income in a range of US$2.7 billion to US$3.1 billion. That compares with the US$3.46 billion average analyst estimate. 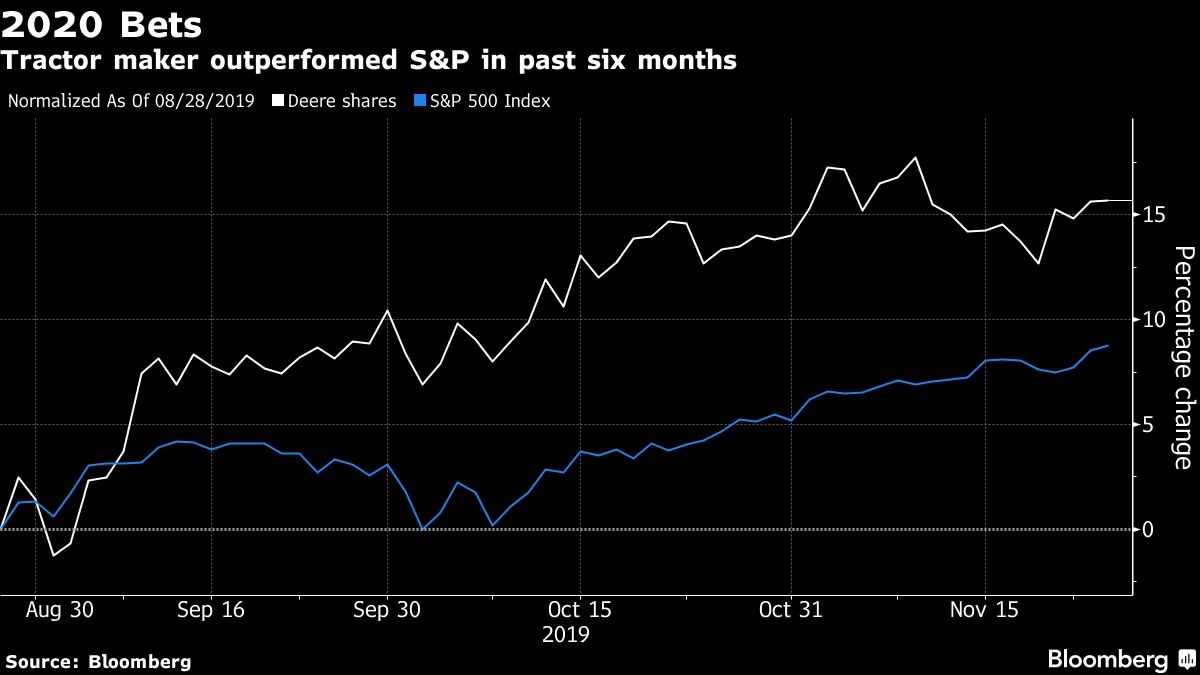 Global sales of agriculture and turf equipment are forecast to fall 5 per cent to 10 per cent for fiscal 2020, driven by lower demand for large equipment in North America. Construction and forestry equipment sales are anticipated to slide 10 per cent to 15 per cent. Last quarter, Deere announced cost cuts and said it would lower output compared with retail demand to manage growing inventories.

For its fiscal fourth quarter, the top tractor maker reported better-than-expected sales and earnings that were broadly in line with estimates. Adjusted earnings of US$2.14 a share compares with US$2.30 a year ago and an average analyst estimate of US$2.13. Sales rose 4.3 per cent to US$8.7 billion.

Shares dropped as much as 4.9 per cent before the start of regular trading Wednesday.

There are positives. A deal between the U.S. and China could provide a stimulus for North American agriculture. Moreover, U.S. government payments, so-called bailout money paid to farmers to compensate for the harm from the trade war, should reach growers in Deere’s first quarter, which could improve demand.

“Farm fundamentals should still be positive, with pent up replacement demand both in North American and South American large agriculture, and significant government payments helping support farm income,” analysts at Jefferies LLC including Stephen Volkmann said in a Nov. 25 report.

--With assistance from Michael Hirtzer.