Delta Air Lines Inc. climbed as profit surpassed expectations on strong domestic demand, lower fuel prices and proceeds from the sale of a stake in a Brazilian carrier.

Fourth-quarter earnings of US$1.70 a share exceeded the highest estimate, US$1.52, of analysts surveyed by Bloomberg. Results included a gain of nine cents US a share from the December sale of a stake in Gol Linhas Aereas Inteligentes SA, Delta said in a statement Tuesday.

• Delta is betting on continued gains in U.S. travel this year, and plans to pump money into its Atlanta, Minneapolis, Detroit and Salt Lake City hubs. But the eventual return of Boeing Co.’s grounded 737 Max will potentially crimp fares by increasing industry seat supply. Delta, which doesn’t fly the model, has picked up passengers from Max operators Southwest Airlines Co. and American Airlines Group Inc.

• The cost of flying each seat a mile is expected to climb as much as three per cent this quarter, Delta said. That marks the fourth straight quarterly increase for the benchmark measure of efficiency. The carrier has said the yardstick may rise a full percentage point more than its long-term goal of no more than two per cent, fuelled in part by higher salaries.

• Revenue for each seat flown a mile, a closely watched gauge of pricing power, will be flat to up two per cent this quarter, Delta said. The Atlanta-based airline is the first of the major carriers to report fourth-quarter earnings.

• The shares rose 4.5 per cent to US$62.14 before the start of regular trading in New York. Delta advanced 1.7 per cent in the year through Monday, the biggest gain on a Standard & Poor’s index of the five largest U.S. airlines, which dropped 0.4 per cent.

• Fourth-quarter operating revenue rose 6.5 per cent to US$11.4 billion. Analysts had anticipated US$11.3 billion.

• The carrier maintained its outlook for full-year earnings of US$6.75 to US$7.75 a share. 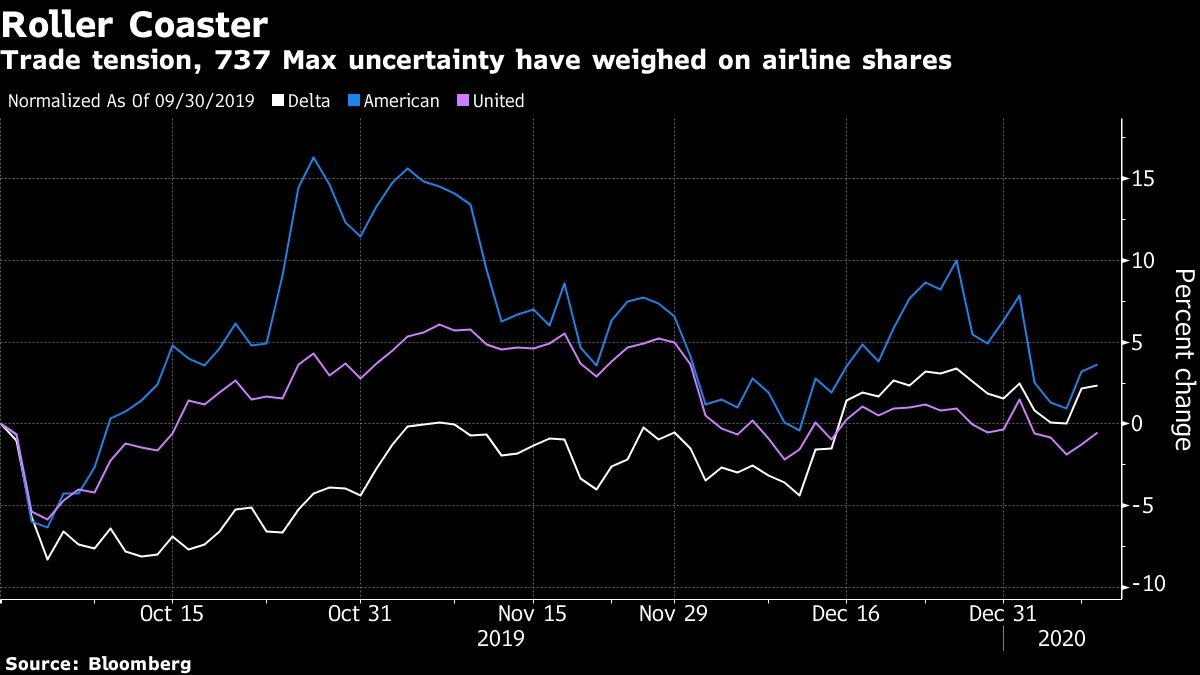