Walt Disney Co.’s new streaming service is off to a record-setting start.

Since its release two months ago, the Disney+ mobile app has been downloaded 41 million times across the App Store and Google Play, generating almost US$100 million in user spending, according to a study by SensorTower Inc. That’s four times as much as the HBO Now app earned in its first two months.

Disney investors cheered the SensorTower report on Tuesday, sending the shares up two per cent to US$146.72 in New York. Still, the data isn’t comprehensive. It excludes many of the devices that viewers use to watch Disney+ — such as Roku, gaming consoles or Amazon Fire TV — meaning it only captures a fraction of the revenue Disney is generating from streaming. 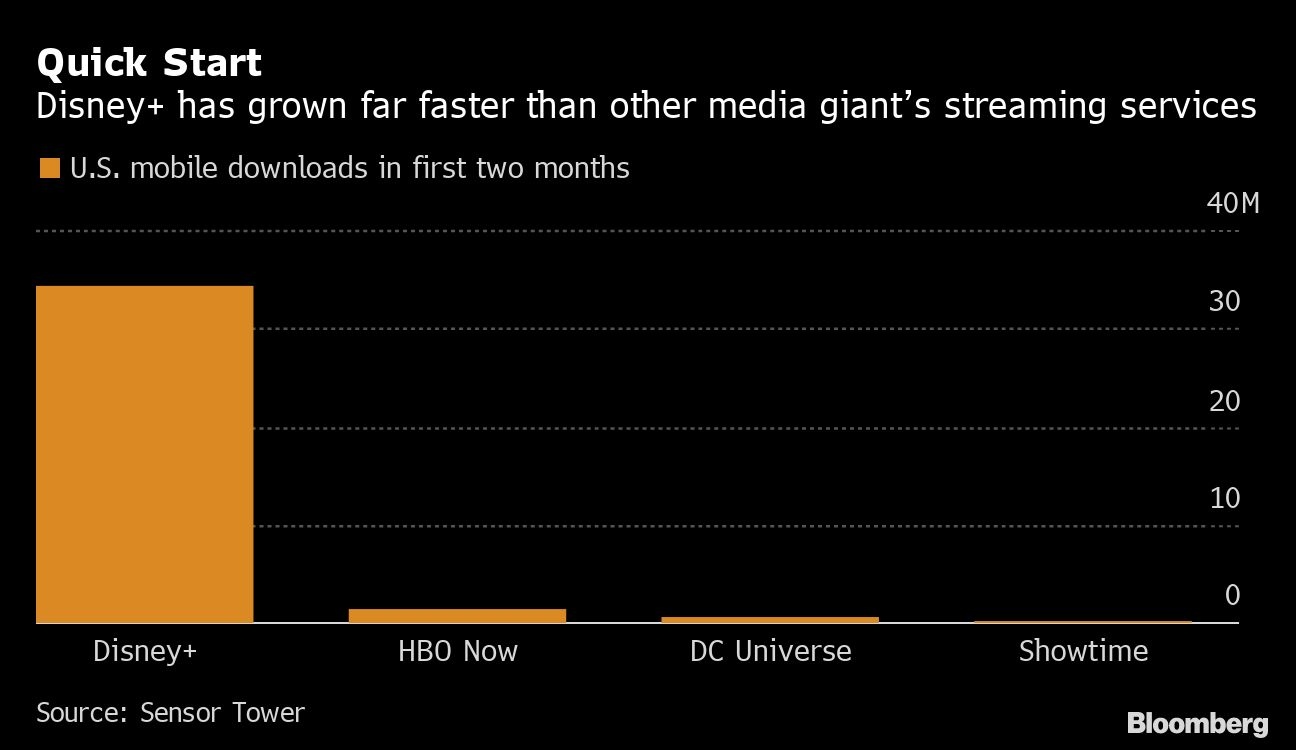 Priced at US$7 a month, Disney+ is a bet that the company can attract as many as 90 million subscribers worldwide in five years. It’s relying heavily on original programming aimed at an existing fan base, such as “The Mandalorian, the first live-action “Star Wars” series. It also includes a library of past Disney hits.

Disney+ benefited from launching in several countries, unlike the initial launch of HBO Now. But even just measuring U.S., the app racked up 34.3 million downloads and US$81.5 million. About 85 per cent of downloads have been in the country, with the remainder spread across Canada, Australia, New Zealand and the Netherlands.

Netflix Inc. remains the dominant paid streaming platform, with 150 million subscribers globally. And it’s hard to compare Disney+’s success with the early days of Netflix and other longstanding service such as Hulu because they were trailblazing a new industry.

“Netflix and Hulu had to feel out the market in their early days, adjusting their strategies over time,” Sensor Tower said in a blog post. Disney+ “has been able to employ its predecessors’ learnings for success early on.”