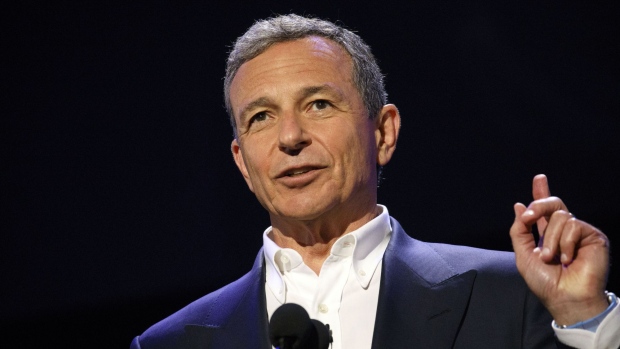 Walt Disney Co. Chief Executive Officer Bob Iger’s compensation was US$48 million last year, down 28% because of a special bonus he got in fiscal 2018 for extending his contract and clinching the agreement to buy 21st Century Fox Inc.

Even without that one-time boost, Iger’s pay remains among the highest in corporate America. It was bolstered by achieving a number of goals, including seeing through the US$71 billion Fox transaction to its completion last March. He also launched Disney+, a new streaming service that debuted with more than 10 million customers in its first day.

His salary increased 4.3% to US$3 million, Burbank, California-based Disney said in a filing Friday.

The executive, 68, agreed to postpone his retirement until December 2021 so he could oversee the Fox acquisition.

Executive compensation has been a flashpoint across the U.S., but especially at Disney, where Iger has seen his pay adjusted over the past few years due to pushback from investors and shareholder advocates.

Just this week, Abigail Disney, a granddaughter of company co-founder Roy Disney, testified in support of a California bill that would impose additional taxes on companies doing business in the state with excessive levels of executive pay compared with everyday employees.

On that front, Disney made some headway last year, though the CEO still outearns the median worker by 911-to-one. It had been 1,421-to-one.

The median pay of employees at Disney rose 13% to US$52,184 annually, the company said.