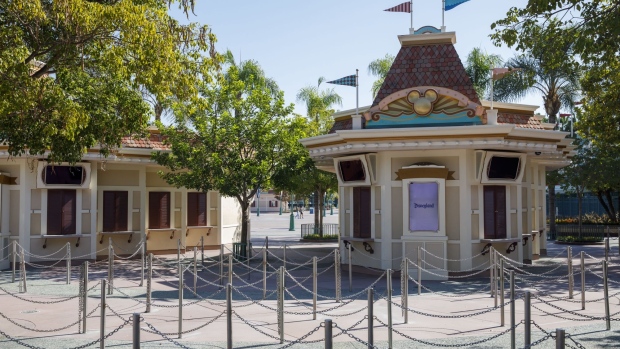 (Bloomberg) -- Walt Disney Co. is scrapping the annual pass program at its Disneyland and California Adventure theme parks in Anaheim, ending a nearly four-decade-old program that was popular among diehard fans.

Disney said it was “sunsetting” the program and would send refunds to current holders. The entertainment giant plans to come back at some point in the future with a redesigned offering. The annual pass program will continue at the company’s Florida parks, which -- unlike the sites in California -- are currently open.

Ken Potrock, president of the Disneyland Resort, cited the uncertainty over the pandemic and the likely capacity limitations that would be put in place when the California parks reopen.

“We are currently developing new membership offerings that will utilize consumer insights to deliver choice, flexibility and value for our biggest fans,” Potrock said.

The two theme parks, which draw tens of millions of visitors to Southern California in good times, have been shuttered since March under orders by the state. Annual passes are a big draw for Southern California residents, some of whom treat Disneyland as other communities would a local playground.

The company has raised pass prices steadily over the years, and the top-of-the-line program, including parking and no restricted days, reached $1,400 or more.

On Wednesday, the company opened one of its parking lots as a large scale vaccination site for the county.