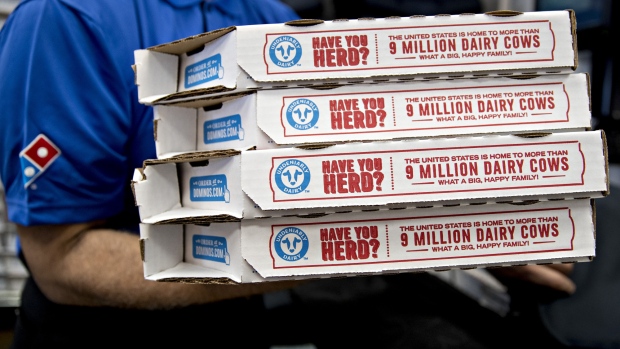 Domino’s Pizza Inc. fell after the company reined in its long-term sales forecast as it struggles to fend off competitors’ increasing delivery options and discounts.

The chain offered a less robust outlook, saying U.S. same-store sales will increase two per cent to five per cent in the next two to three years. That replaces its previous three-to-five-year forecast for three per cent to six per cent growth.

-Domino’s is having a hard time keeping up its fiery sales pace as competition for food delivery heats up from both fast food and sit-down chains to lure time-strapped Americans. Chipotle Mexican Grill Inc. now has the service, and Chili’s is advertising its nationwide delivery on TV.

-Same-store sales at Domino’s U.S. restaurants grew 2.4 per cent in the third quarter, missing the 2.6 per cent average of analysts’ estimates, according to Consensus Metrix. International comparable sales also fell short of projections.

-Labour costs have been pressuring both company-owned stores and franchises. Restaurants are struggling to hire and keep workers with a stubbornly low unemployment rate that dropped to 3.5 per cent in September -- the lowest since 1969.

Domino’s shares fell as much as 6.5 per cent at 8:08 a.m. in premarket trading. The stock, which has seen double-digit growth for the past 10 years, declined 2.3 oer cent this year through Monday’s close. 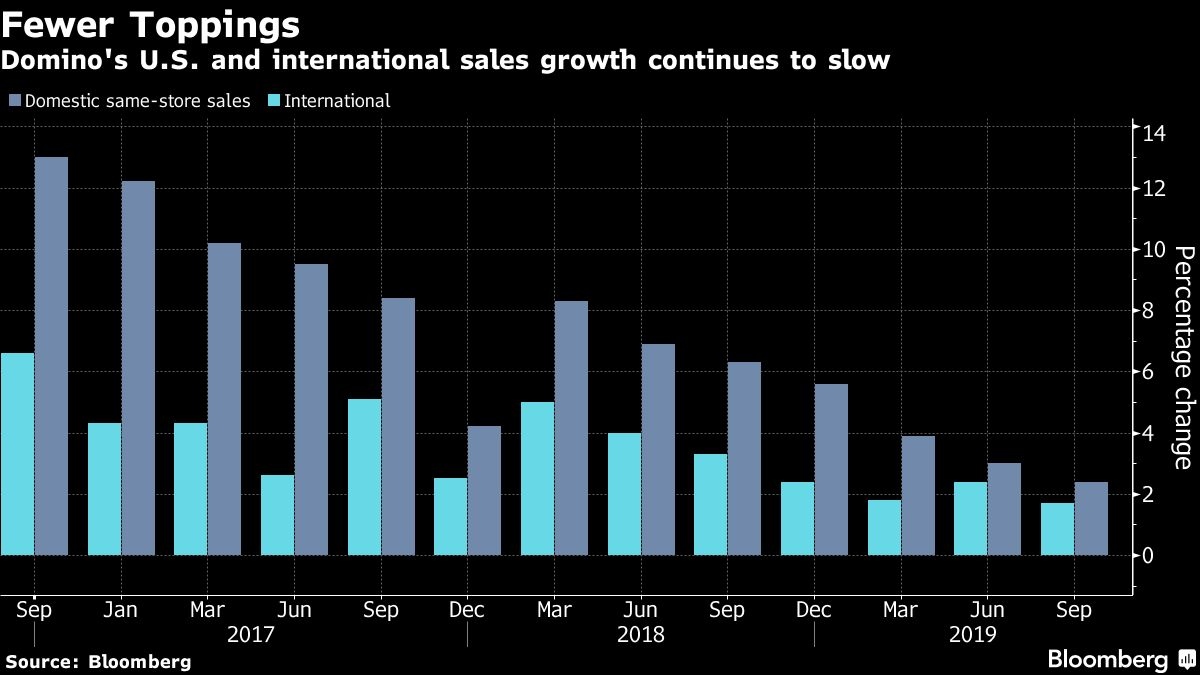