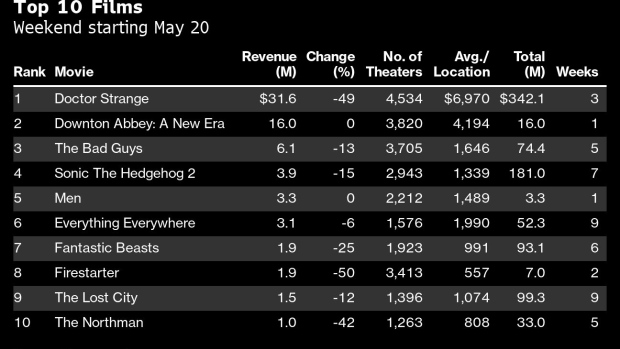 (Bloomberg) -- “Downton Abbey: A New Era” opened in second place domestically this weekend and with a much weaker debut than its 2019 predecessor, as a key demographic for the film, older women, proves to be one of the most difficult to persuade back into theaters.