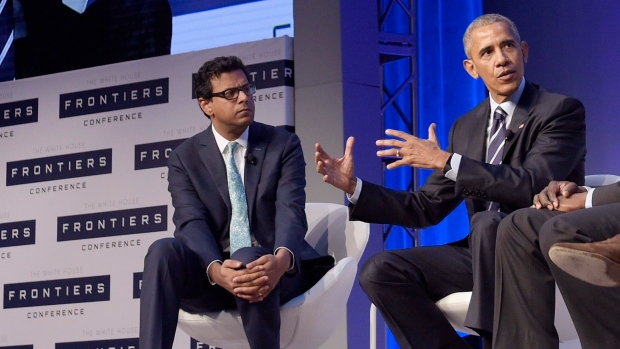 Atul Gawande, the surgeon and journalist who has written extensively about America’s failure to grapple with an inefficient health-care system, has been named to head a new venture for Amazon.com Inc. (AMZN.O), Berkshire Hathaway Inc. (BRKb.N) and JPMorgan Chase & Co. (JPM.N)

The new venture -- meant to help the companies get their health-care costs down -- will be based in Boston and Gawande will start on July 9. It will be independent from the three firms, whose leaders formed the group as a way of grappling with what Berkshire CEO Warren Buffett called a “tapeworm” eating the American economy.

“I have devoted my public health career to building scalable solutions for better health-care delivery that are saving lives, reducing suffering, and eliminating wasteful spending both in the U.S. and across the world,” Gawande said in a statement from the group announcing his appointment. Along with his writing and medical practice, Gawande is a professor at the Harvard T.H. Chan School of Public Health and Harvard Medical School.

The companies announced in January that they were forming the venture to improve employee health care. JPMorgan CEO Jamie Dimon and Buffett have since said it could take years for the venture to show results.