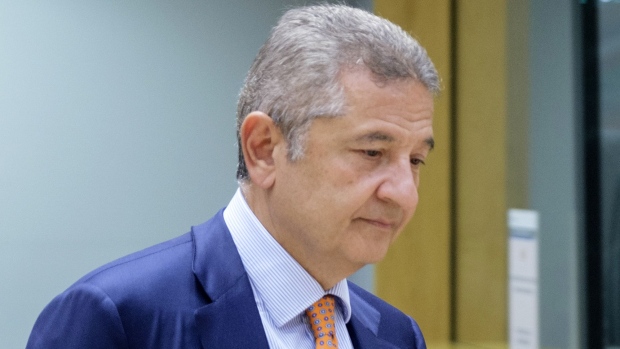 (Bloomberg) -- Fabio Panetta, a member of the European Central Bank’s executive board, won’t be Italy’s next finance minister, a blow to right-wing leader Giorgia Meloni’s attempt to pick a cabinet capable of reassuring investors.

Panetta said he wouldn’t take on the role after being asked by some participants during a meeting of euro-area finance chiefs in Luxembourg earlier this week, according to a person familiar with the matter who spoke on condition of anonymity because the talks were private.

The 63-year-old former Bank of Italy official has been touted for weeks in local media as Meloni’s preferred option to manage Italy’s economy and debt. An ECB spokeswoman declined to comment.

Meloni, who is set to be named prime minister after winning elections last month, is attempting to find a credible figure to run Italy’s finance portfolio. The appointment is key for markets watching for signs that she will follow through on her promise to continue the policies of fiscal responsibility and growth-enhancing reforms set by outgoing Prime Minister Mario Draghi.

At least four people present at the meeting of euro-area finance chiefs in Luxembourg said privately on Tuesday that they wouldn’t mind it if Meloni picked Panetta or a similar technocratic candidate.

The choice by Meloni will be highly consequential for the rest of the region. The next finance minister will take charge of an historically weak economy burdened by high debt, dependent on energy exports and prone to financial-market speculation, most recently in June.

How Meloni juggles the demands of her fractious alliance will be a key determinant in her decision. Keeping current Finance Minister Daniele Franco, another former Bank of Italy official, could be the default option, but that idea seems to be losing traction as she seeks solutions that show a break with the past, according to two people familiar with the matter.

Alternatives might draw on political veterans or less tested candidates. Among names cited in Rome are Domenico Siniscalco and Giulio Tremonti, both previously finance ministers for right-wing administrations led by Silvio Berlusconi, and Luigi Buttiglione, a former Bank of Italy official who has spent the past two decades in finance.

One solution could be to split the powerful Economy Ministry into two, with one administration in charge of the budget and another of fiscal policy.

That would also add a seat in the cabinet, a useful option for a coalition government, and dilute the power of the role. Maurizio Leo, an adviser to Meloni, has been floated as a possible minister in charge of tax policy in such a scenario.