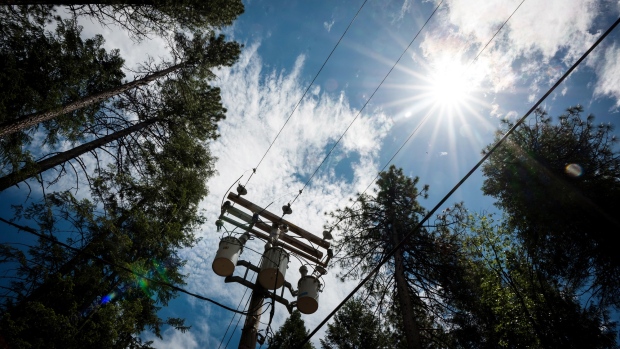 The utility cut service to 65 homes and businesses in Kern County, said spokesman David Song. Southern California Edison has warned it may need to turn off power to nearly 174,000 customers, including about 50,000 in Los Angeles County, due to an increased fire risk.

Stronger winds are expected in the Southern California region later tonight and through tomorrow, Song said. The company is monitoring conditions on individual circuits in areas with greater fire danger, he added. “We’re using a surgical approach to this,” he said.

The move comes as San Francisco-based PG&E Corp. already has cut power to a half a million customers, with hundreds of thousands of more expected to lose service Wednesday as winds pick up in the northern half of the state.

California utilities have been taking more aggressive measures to keep equipment from sparking blazes after power lines ignited a series of catastrophic fires in 2017 and 2018. For PG&E, the stakes are especially high. The company filed for bankruptcy in January facing an estimated $30 billion in liabilities from fires. Another major fire sparked by its equipment could upend its restructuring plans.

To contact the editors responsible for this story: Lynn Doan at ldoan6@bloomberg.net, Joe Ryan, Joe Richter