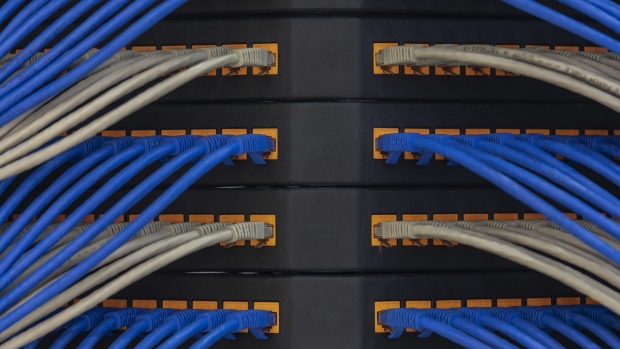 Network cables attached to patch panels at an exhibit room at the Tiancheng Communication Technology Co. facility in Shanghai, China, on Friday, July 29, 2022. Most, if not all, companies in Shanghai have resumed work since June 1, when the city reopened following a brutal two-month lockdown. Photographer: Qilai Shen/Bloomberg , Bloomberg

(Bloomberg) -- Elliott Investment Management disclosed a new stake in Clarivate Plc amid a wave of take-private transactions in the information services sector.

The Florida-based hedge fund said in a regulatory filing Monday that it owned a 1.5% stake in the company, without giving any other details about the nature of the investment. The stake is valued at about $94 million, although Elliott often bolsters its positions in companies that it invests in through derivatives.

Clarivate’s shares are down about 57% since the start of the year as the company saw some of its top executives replaced. The company said in July that Chief Executive Officer Jerre Stead was retiring from and was being replaced by Jonathan Gear.

The company’s shares closed Monday down 4.7% to $10.10, giving London-based Clarivate a market value of $6.8 billion.

Clarivate is a provider of critical data, insights and analytics used by universities, corporations, the legal community and other institutions around the world, according to its website. It was purchased from Thomson Reuters Corp. in 2016 by a group of investors led by Onex Corp. and Baring Private Equity Asia.

The company went public in 2019 through a merger with a special purpose acquisition company led by Michael Klein. Several of its top investors are private equity companies, including Leonard Green & Partners, which is its largest shareholder with a 17.3% stake in the company, according to data compiled by Bloomberg.

The investment by Elliott comes at a time when large information services companies are increasingly being taken private. Elliott itself partnered with Brookfield Asset Management Inc. this year to acquire Nielsen Holdings Plc in a deal valued about at $10 billion. Last month, Veritas Capital Fund Management agreed to acquire Wood Mackenzie Ltd. from Verisk Analytics Inc. for $3.1 billion.