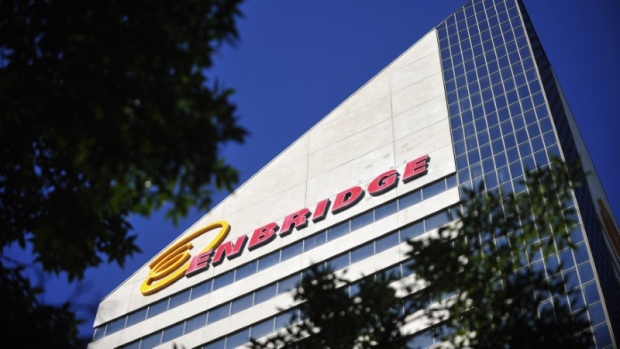 The Enbridge Tower is pictured on Jasper Avenue in Edmonton, Alberta, Canada on August 4, 2012 , Reuters

CALGARY -- Enbridge Inc. (ENB.TO) says it will invest $1.7 billion in a North Sea off-shore wind energy project off the coast of Germany.

The Calgary-based company says it will have 50 per cent ownership of the Hohe See project once the staged investment is complete, while German utility EnBW will continue to own the other 50 per cent.

Enbridge will initially spend $600 million on the project this year and invest the remaining $1.1 billion through 2019, when the project is expected to be in service.

Under a German government incentive program, power generated by the 497-megawatt wind farm will be sold at fixed prices over a 20-year period.

Enbridge has the option to invest further in a planned expansion of the wind farm that would add 112 megawatts of generating capacity.

The company is primarily involved in oil and gas pipelines throughout Canada and the United States and natural gas distribution in Ontario, but also invests in wind, solar, hydroelectric and geothermal power generation projects.

Enbridge also reported Friday that it had $1.78 billion of net income last year, or $1.95 per common share. It had $2.08 billion, or $2.28 per share of adjusted earnings, after excluding a number of items.