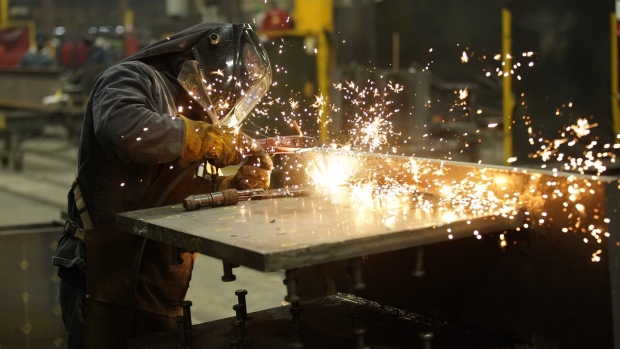 (Bloomberg) -- U.S. manufacturers and other large energy users are starting to lock in natural gas and power costs for at least three years or longer to buffer against price surges this winter, a practice that went out of vogue with the shale boom.

With gas prices more than doubling from a year earlier during the annual shopping season for winter fuel, many factories are securing prices until 2024 to help mitigate impending surges, according to consultancy and fuel procurement firm Unified Energy Services LLC. Some are contracting power and gas even later into this decade to guard against near-term and longer-term shocks.

That industrial consumers are getting into long-term energy contracts again shows just how seriously companies are taking Europe’s energy crisis. The U.S. is more reliant on natural gas than ever, and Europe’s energy crunch could have spillover effects. Normally U.S. natural gas companies could offset an international supply crunch, but domestic producers aren’t likely to expand because they’re under pressure to better manage their own cash after years of low returns.

“If we have a harsh winter, we could have prices we’ve never seen before,” Unified Energy Services LLC Chief Executive Officer Michael Harris said. New England gas is already trading at about $20 per million British thermal units for January, quadruple the U.S. benchmark, and Harris says it could easily jump to $200 if the region has to compete with Europe for imports.

When consumers contract gas and power for years, they pay an average price that buffers against price spikes. Right now U.S. gas prices are plummeting in April 2022 so the risk may be limited. Harris works with lot of manufacturers backed by private-equity firms and they are trying to cap energy bills as they face surging costs for other raw materials, he said.