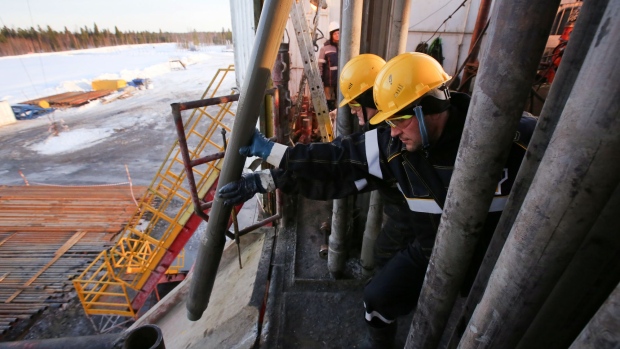 (Bloomberg) -- The European Union backed a new package of sanctions against Russia that includes support for a price cap on oil sales to third countries.

The agreement includes measures to mitigate the impact the sanctions will have on countries with large shipping industries, such as Greece, Cyprus and Malta, according to people familiar with the matter who asked not to be identified because the discussions were private.

“We have approved a new package of sanctions,” Andrzej Sados, the Polish ambassador to the EU, told reporters. “It includes a price cap on Russian oil shipped to third countries and mechanisms to avoid circumvention of sanctions.”

The sanctions, which are due to come into force Thursday, would prohibit maritime transport of Russian oil to third countries above an oil price cap, the Czech presidency of the EU said in a tweet. The measure would extend an import ban on goods including steel products, and ban providing IT, engineering and legal services to Russian entities, it said.

The package would add a ban on shipping Russian oil to existing restrictions on services needed to transport it, but carve out an exemption for oil priced at or under a level set by a coalition of the Group of Seven and other countries, according to a draft of the proposal seen by Bloomberg.

The broader sanctions package would target a range of individuals and entities, including senior Russian ministry officials and people involved in staging the recent, widely condemned referendums. It would also restrict access to aviation items, electronic components and specific chemical substances to deprive Russia’s military from important technologies.

The US has been pushing hard to free up Russian crude exports for months, fearful that the EU’s current sanctions would hit oil supply too hard.

Some nations were upset that the latest draft of the sanctions appears to have weakened several of the proposed measures, including the removal of a Russian diamond mining company from the penalty list.

“The process was difficult and we had to agree some exemptions, including on those already infamous red diamonds,” Sados said.

To allow for an oil price cap, the bloc will have to change its current legislation. In June, EU nations agreed to a full ban on insurance and financial services for seaborne oil, while shipping was spared from the restrictions. Most of those prohibitions are due to kick in Dec. 5 alongside a ban on EU purchases of Russian crude.

Effectively an industry standard passport to trade, European insurance for tanker shipments protects against risks including oil spills and is heavily reliant on European companies.

The G-7, which endorsed a cap earlier this month, has said it wants an agreement in place before Dec. 5.