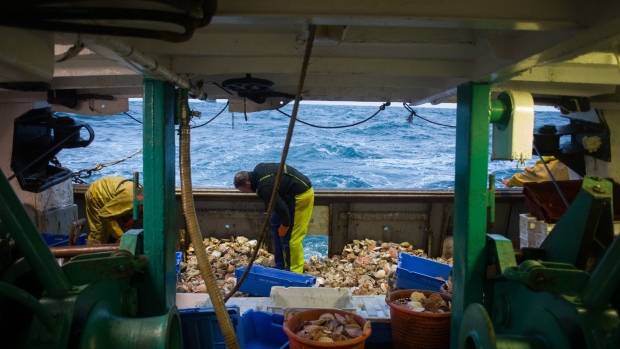 (Bloomberg) -- The European Union said it’s close to reaching an agreement with the U.K. on post-Brexit fishing rights involving the island of Guernsey, one of the thorniest issues in the Anglo-French relationship.

“Intensified talks have brought us close to concluding the licensing process for vessels seeking access to the waters of Guernsey, and we expect the licensing decisions to be announced soon,” European Fisheries Commissioner Virginijus Sinkevicius told Bloomberg on Wednesday.

Ties between the U.K. and France have been strained since Great Britain left the bloc, with the allies engaged in disagreements ranging from the fishing licenses to trade rules in Northern Ireland. The French government has threatened retaliatory trade action against London over a lack of licenses issued to its boats to fish in British waters.