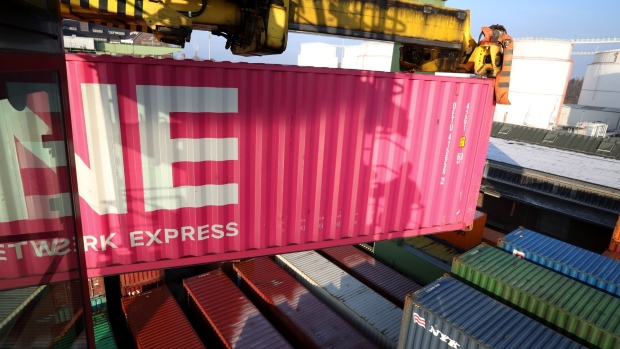 French manufacturing output declined at the steepest pace since stringent coronavirus lockdowns were in place last year, while growth momentum deteriorated sharply in Germany, purchasing managers report. Private-sector activity in the euro area slowed to the weakest since April, though it remained above a pre-pandemic average.

“The ongoing pandemic means supply-chain delays remain a major concern, constraining production and driving prices ever higher, both in manufacturing and in the services sector,” said Chris Williamson, chief business economist at IHS Markit, which compiles the survey. “After strong second and third quarter expansions, GDP growth is looking much weaker by comparison in the fourth quarter.”

The report comes less than a week before European Central Bank officials gather to assess the state of the euro-area economy and highlights the challenge posed by the rebound from months of pandemic shutdowns. Policy makers are facing growing pressure to react to a spike in prices they insist is transitory, a move that could risk choking the recovery while doing little to address inflation pressures caused by supply bottlenecks.

The shortages were seen as the key driver behind a record increase in input costs, IHS Markit said. Firms passed these on to customers, with selling prices accelerating at the fastest pace in almost two decades.

They also stepped up hiring to cope with backed up orders, with services seeing the biggest employment gain since 2007.