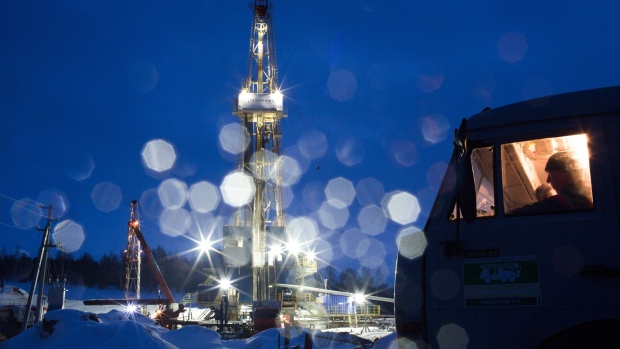 (Bloomberg) -- The European Union is seeking an international ban on all new oil, gas and coal projects in the Arctic as part of its efforts to tackle climate change.

The European Commission pledged to work with non-EU countries toward a legal obligation not to develop hydrocarbon reserves or purchase output from the region, according to a strategy published Wednesday. The move comes just days before crucial United Nations talks that some see as the last opportunity to control catastrophic global warming.

The bloc wants an “international agreement on a moratorium” on energy projects in the Arctic, Environment Commissioner Virginijus Sinkevicius told Bloomberg News. “This is the make or break decade in the fight against the climate and biodiversity crises. Our generation has the unique and only opportunity to change the world and the Arctic is at the center of this change.”

The EU will need to focus its efforts on Russia, which produces large amounts of oil and gas in its Arctic areas, and sells about 87% of the liquefied natural gas it produces in the region to Europe. The continent is currently grappling with an unprecedented energy crisis, which some partly blame on lower gas supplies from Russia.

Major energy companies are expanding fossil-fuel production in the Arctic even as warnings grow about the melting ice cap due to man-made rise in temperature. Gazprom PJSC, ConocoPhillips and TotalEnergies SE are among firms expanding in the region, with production of oil and gas set to climb 20% over the next five years, Reclaim Finance said in a report last month.

The Arctic covers parts of three EU member states -- Sweden, Finland and Denmark, through Greenland -- as well as Canada, Iceland, Norway, Russia and the U.S. Partial moratoriums on hydrocarbons exploration have already been imposed by America and Canada.

A ban on imports of fossil fuels produced in the Arctic would be in line with the EU’s Green Deal objective to reduce greenhouse gas emissions by at least 55% this decade from 1990 levels, and reach net zero by the middle of the century.

“The Arctic is warming up three times faster than the rest of the planet,” Sinkevicius said. “Forest fires are becoming the norm in some parts of the region. Collapsing infrastructure led last summer to a huge oil slick.”

(Updates with detail from EU’s Arctic strategy in the second paragraph.)