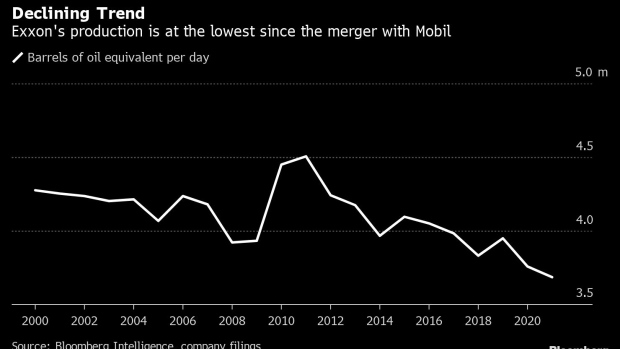 (Bloomberg) -- North America’s biggest oil company is not as big as it used to be. Exxon Mobil Corp.’s production sank below 3.6 million barrels a day in the second quarter, the lowest since the 1999 merger that created the giant in its modern form. But that may be a good thing. Covid-19 forced Chief Executive Officer Darren Woods to abandon a $200 billion growth strategy and slash spending to levels insufficient to hold output steady. That put the driller in a strong position to reap the benefits of this year’s crude rally while also reducing its overall emissions.