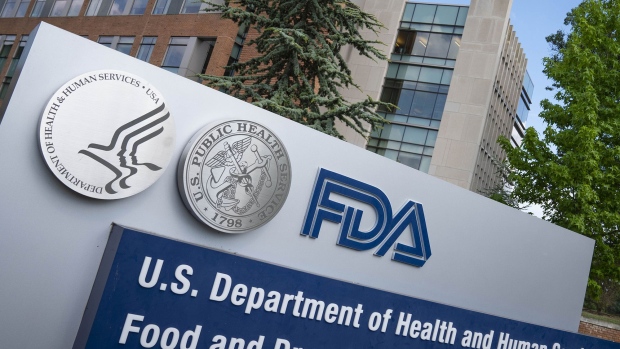 (Bloomberg) -- An unsubstantiated claim two weeks ago by President Donald Trump -- that the “deep state” was slowing approval of a Covid-19 vaccine -- has set off an effort by government officials and private industry to ensure the White House doesn’t interfere with a methodical, careful scientific process.

Food and Drug Administration leaders are insulating the agency’s vaccine reviewers from outside political pressure by sticking by June guidelines that set the standard for what it will take for a vaccine to pass through the agency, said one official familiar with the planning, who asked for anonymity discussing private deliberations.

They’re also making clear to FDA staff that the political noise shouldn’t influence the agency’s decisions. FDA Commissioner Stephen Hahn last week sent an email to all 17,000 staff, promising that the agency would adhere to the science in a vaccine review. He has also met with leaders of the health agency’s various departments, including the one that reviews vaccines, to reassure them.The agency is attempting a careful balance. It must act as quickly as possible to save lives but needs to avoid being rushed into sending an unproven vaccine out to the American people, undermining trust in the safety of medicine. That’s why pharmaceutical companies including Pfizer Inc., Moderna Inc. and Johnson & Johnson  plan to announce a pledge Tuesday not to submit vaccine applications to the FDA without robust safety and efficacy data, according to people familiar with the matter.

Whether or not the joint pledge reported by Bloomberg and others last weekend blunted Trump’s push for a speedy vaccine, on Monday he repeated his prediction that a vaccine would be ready by Election Day, Nov. 3 — but insisted it wasn’t a prediction.

“I'm saying that because we want to save a lot of lives. With me, it's the faster the better,” Trump said. "If we get the vaccine early, that's a great thing, whether it's politics or not.”

That's a far cry from his Aug. 22 tweet, which called Hahn out directly. The “deep state” is a term used by Trump to describe employees of government agencies that he believes are manipulating policy to work against his interests.

Trump has a history of publicly pressuring the agency,  saying in March that the malaria drug hydroxychloroquine was approved to treat the coronavirus even before the agency had authorized it for emergency use, a decision it later withdrew.While Trump’s public comments about the vaccine timeline are pressure enough, the FDA thus far has had little interference from the White House behind the scenes, according to officials who asked not to be identified. Hahn meets weekly with  top health officials involved in the virus response, as well as with John Fleming, assistant to the president for planning and implementation.

Hahn has nonetheless emphasized to the White House and the Health and Human Services Department the public health importance of not allowing a vaccine review to be perceived as politicized, according to one of the officials.For its part, the White House denies any effort to rush the process, with one official saying neither Trump nor any of his advisers have requested than any corners be cut or that any vaccine be brought to market that isn’t safe and effective, having gone through the scientific rigor the U.S. expects from any of its vaccines.“The rapid research, development, trials and eventual distribution of a COVID-19 vaccine is emblematic of President Trump’s highest priority: the health and safety of the American people. It has nothing to do with politics, it’s about saving lives,” Judd Deere, a White House spokesman, said in a statement. “The American people can rest assured that any approval will maintain the FDA’s gold standard for safety and testing to ensure a vaccine or therapeutic is effective.”Joe Biden, the Democratic presidential nominee, called Monday for transparency in the vaccine approval process. “One of the problems with the way he’s playing with politics is he’s said so many things that aren’t true I’m worried if we do have a really good vaccine, people are going to be reluctant to take it,” he said of the president. Trump demanded an apology from Biden, saying his comments would undermine confidence in a vaccine.

More than 189,000 Americans have died of Covid-19, with about 1,000 a day in recent weeks. The death tally, and the threat of a surge in cases and more deaths this fall, has only added urgency to the work to find a vaccine.

The Trump administration launched Operation Warp Speed, striking billions of dollars worth of deals with drugmakers to fund development and manufacturing of experimental vaccines. The result is what’s likely to be a record for the development of a vaccine.Operation Warp Speed is jointly led by the secretaries of health and defense, but has close White House involvement. Senior Aide Jared Kushner, who is also the president's son-in-law, is closely involved and Chief of Staff Mark Meadows gets regular updates, one administration official said, speaking on condition of anonymity.

Trump’s reelection bid is closely tied to the government’s response to the pandemic, so it was inevitable that the vaccine race would take on a political dimension. Hahn inadvertently intensified the debate over whether the FDA can fend off pressure when he erroneously touted the benefits of an experimental blood plasma therapy at a press conference with Trump. He later corrected the mistake.

There is no guarantee the vaccines furthest along in development will be the most effective, or be safe. Large trials of tens of thousands of volunteers are attempting to answer those questions now, but may take months more to deliver a conclusive result.

There are two paths to submit a vaccine to the FDA: the first a full approval, which requires robust safety and effectiveness data; the second is an emergency use authorization, which can allow narrow use of a drug or vaccine based on more limited data.The emergency path can be tempting when speed is of the essence, since it has a lower threshold for clearance. But the FDA guidelines are meant to set a standard for any vaccine, which serves to limit any inclination to cut corners.

The FDA in June issued guidance saying that any Covid-19 vaccine should be 50% effective in order to be considered. The FDA plans to apply that guidance to a vaccine whether it comes in through a traditional approval request, or via an emergency measure, according to one of the officials.

The FDA will also leave it up to companies to submit a vaccine for approval when ready, meaning it’d be unlikely that a third party could seek an emergency approval using the trial data. That adds weight to the industry pledge not to rush a vaccine to the market.

“I fully expect the company to apply because the company has the data from the clinical trials,” said Joshua Sharfstein, the former principal deputy commissioner of the FDA during the Obama administration. “For a vaccine, I don’t see how that could happen without the full support of the company.”

An official confirmed that interpretation of how a vaccine application would go to the FDA.

Pfizer’s experimental shot could be first with U.S. data showing whether it works. The New York-based company has raised eyebrows among scientists by repeatedly saying it may have phase 3 vaccine data as soon as October.Trump spoke to a top Pfizer executive on Friday, after which Trump repeated his contention that a vaccine could be ready as early as next month. Neither Pfizer nor the White House has elaborated on their call.

Moderna, widely considered among the drugmakers furthest along with a vaccine, has been more conservative about the timing of its phase 3 results. In a Bloomberg Television interview in June, Moderna CEO Stephane Bancel indicated the results could come by Thanksgiving in a best-case scenario.

Part of the difference in timing comes down to how the company’s vaccines are administered, and how the trials are designed. Pfizer's vaccine regimen uses two vaccine doses that are spaced three weeks apart, instead of four weeks apart for the two doses of Moderna's vaccine. That could shave a week off the timeframe for producing results in the Pfizer trial.

In addition, for purposes of evaluating efficacy, researchers in the Pfizer trial will start counting coronavirus cases seven days after the second vaccine dose is given, compared to  14 days after the second dose in the Moderna trial. That could shave another week off the time for analyzing preliminary results.

In a statement, Pfizer said it picked seven days because its phase 1 trial showed that vaccine produced strong antibodies seven days after the second dose.

The FDA, in an effort to move as quickly as possible once it has data in hand, has been preparing as well. Starting in October, the agency is looking at whether it can put public meetings on the calendar almost every week, as potential placeholders for a review of a vaccine application, or to discuss data on one of the experimental shots, according to an  official.

The placeholder meetings are likely to go on the calendar through December, for use if needed, said the official.