Chair Jerome Powell declared last week that officials were ready to raise rates at their next meeting to curb the strongest inflation in four decades. But he declined to give specific guidance on the policy path, apart from saying that support should be removed steadily and policy had to be nimble in responding to incoming economic data.

His reticence has opened the door to hiking at every meeting this year if needed. But Powell went out of his way to indicate that officials had not made up their minds and his colleagues on Monday echoed that caution, with four making public remarks.

“You always want to go gradually, in the economy. It is in no one’s interest to try to upset the economy with unexpected adjustments,” Kansas City Fed President Esther George told the Economic Club of Indiana. “But I do think the Federal Reserve is going to have to move deliberately in its decisions to begin to withdraw accommodation.” George, one of the central bank’s more hawkish officials, is a policy voter this year. 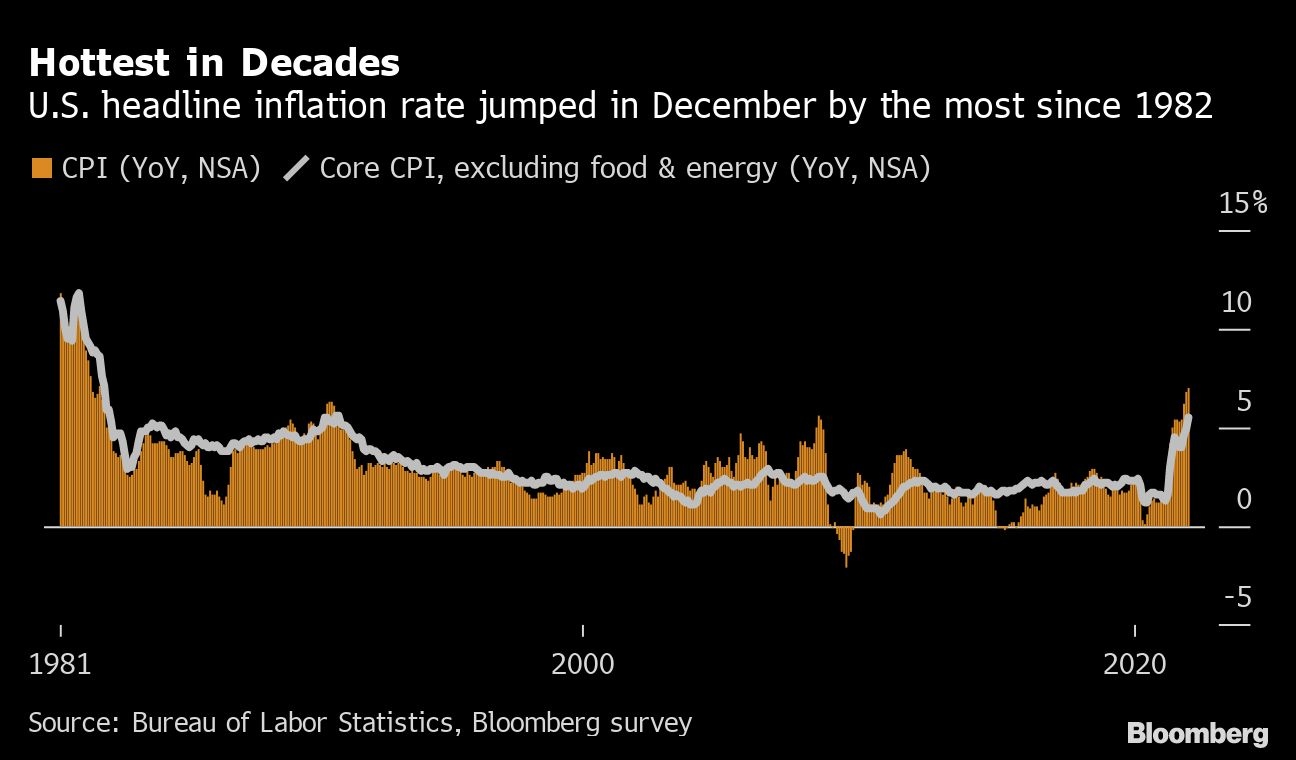 Investors have raised bets on the pace of increases since Powell spoke, shifting to roughly five this year versus the three that officials forecast in December. But Wall Street economists have split over how time the Fed will act, penciling in as many as seven hikes as well as the risk that officials lift rates by 50 basis points -- the first increase of that magnitude since 2000 -- to keep price pressures at bay.

San Francisco Fed chief Mary Daly, who has been one of the more dovish officials at the central bank, said rates could rise as early as March. But she denied the Fed was behind the curve and cited a number of risks facing the economy in addition to the ongoing pandemic, including headwinds as fiscal support fades.

“When you’re trying to get an economy from extraordinary support to one that’s going to just gradually put it on to a self-sustaining path, you have to be data-dependent,” she told Reuters Breakingviews in a live-streamed interview. “But you also have to be gradual and not disruptive.”

What Bloomberg Economics Says...
“Our baseline is for the Fed to hike five times, each 25 basis points, this year, and balance-sheet runoff to begin in July. Our in-house rule for the Fed’s reaction function flags an upside risk for a 50 basis-point hike in March followed by five 25 basis-point hikes in the rest of the year.”
-- Anna Wong, chief U.S. economist

Citing the Fed’s December forecasts, Daly noted that four increases this year -- if that is what transpires -- would lift rates to 1.25 per cent and “that is quite a bit of tightening, but it is also quite a bit of accommodation.”

Officials have pivoted to tightening policy after acknowledging that price pressures have failed to fade as expected. Atlanta Fed President Raphael Bostic told Yahoo Finance that his outlook called for three increases in 2022 and he did not favor raising rates by 50 basis points in March.

“We’re not set on any particular trajectory. The data will tell us what is happening,” he said, adding that if month-on-month prices changes moderated from current high levels by the late spring or early summer, he might not need to adjust his rate forecast at all.

“I would adjust my policy to maybe not be as aggressive in terms of raising interest rates” if inflation decelerates more than expected, he added. Bostic sees inflation subsiding to an annual rate of 3 per cent by the end of 2022, compared with almost double that pace in the 12 months through December.

Economists arguing the Fed should move faster on rates see demand pressures that they say the central bank needs to cool. But policy makers want to preserve flexibility in the face of considerable uncertainty over the economic outlook while COVID-19 continues to infect thousands of Americans every day.

Richmond Fed boss Thomas Barkin, in an interview later Monday on CNBC, was careful to stick with the message that the pace of policy tightening was not on a preset course.

“I’d like the Fed to get better positioned. I think we’ve got a good part of the year to get there,” he said. “That position is somewhere closer to neutral, certainly than we are now, and I think the pace of that just depends on the pace of inflation.”