Industry Minister Navdeep Bains said the federal government is "exploring all options" for Canada’s airlines as the industry attempts to navigate a historic collapse in air travel due to the COVID-19 pandemic.

"We recognize that as we go forward we need to explore all possible options. I don’t want to prejudge the outcome, but I would say we are exploring all options."

Bains did acknowledge the government is working with the airlines on "next steps on how to support them and the workers and their communities" but didn't specify whether it would demand equity stakes or board seats from companies that tap any industry-specific financial aid packages.

Airline requests for financial assistance from Ottawa have thus far failed to materialize in funding while the United States and some European countries have offered carriers billions in financial aid, with strings attached including partial government ownership and emissions reduction commitments.

Intergovernmental Affairs Minister Dominic LeBlanc recently left the door open to a bailout, including the purchase of airline shares by the government, in an interview with CTV's Question Period on Sunday.

At the time, LeBlanc said Canadians expect stringent conditions on any federal airline funding, such as addressing the issue of travel vouchers.

Bains' comments came a day after WestJet opted to provide refunds to passengers who had their WestJet and Swoop flights cancelled by the airlines as a result of COVID-19.

The company said the refunds will be in the original form of payment rather than a credit for future flights as it had been previously offering.

Let’s clear the air. We're offering refunds for guests if we cancelled their flight. Even the lowest cost tickets will be refunded to original form of payment if WestJet caused the cancellation.

You two fighting isn’t a great look for those of us trying to help you both carve a path forward for workers in the industry. Get it together.

WestJet said the refunds only apply to flights it cancelled because it is focusing on reinstating the practice “in line with its regulatory tariff and booking conditions that were in place pre-COVID.”

The Calgary-based company said it will begin on Nov. 2 to contact eligible passengers, starting with those whose flights were cancelled at the onset of the pandemic last spring.

“We are an airline that has built its reputation on putting people first,” said Ed Sims, WestJet’s president and CEO.

“We have heard loud and clear from the travelling public that in this COVID world they are looking for reassurance on two fronts: the safest possible travel environment; and refunds.”

Refunds are expected to take six to nine months.

WestJet Vacations guests are to continue following the process it already established.

The company said it would not raise fares to pay for the refunds.

“It is our intention to remove barriers to travel, not create further affordability challenges for hard-pressed travellers,” it said on its website.

WestJet had started to bleed money from advance ticket purchases even before Wednesday's announcement.

Of the nearly 16,300 guests who requested chargebacks from their credit card issuers between March and Aug. 19, only 11 per cent were denied, according to an affidavit that WestJet regulatory affairs director Lorne Mackenzie filed to the Federal Court in August.

Within the same period, however, 39 per cent of chargeback requests on WestJet Vacations trips were denied.

The refund change happened days after opposition parties demanded the federal government ensure that passengers receive refunds as a condition of any airline bailouts.

Canadian airlines have seen their revenues crater because of a collapse in global travel, with passenger numbers in Canada down 90 per cent year over year in July and little improvement since.

WestJet said it has faced a 95-per-cent drop in demand that forced it to park more than 140 of its 181 aircraft and lay off more than 4,000 employees.

Certification hearings on a class action against WestJet, Air Canada and Transat A.T. are to begin in Federal Court on Nov. 2, the same day WestJet's policy goes into effect.

- with files from BNN Bloomberg 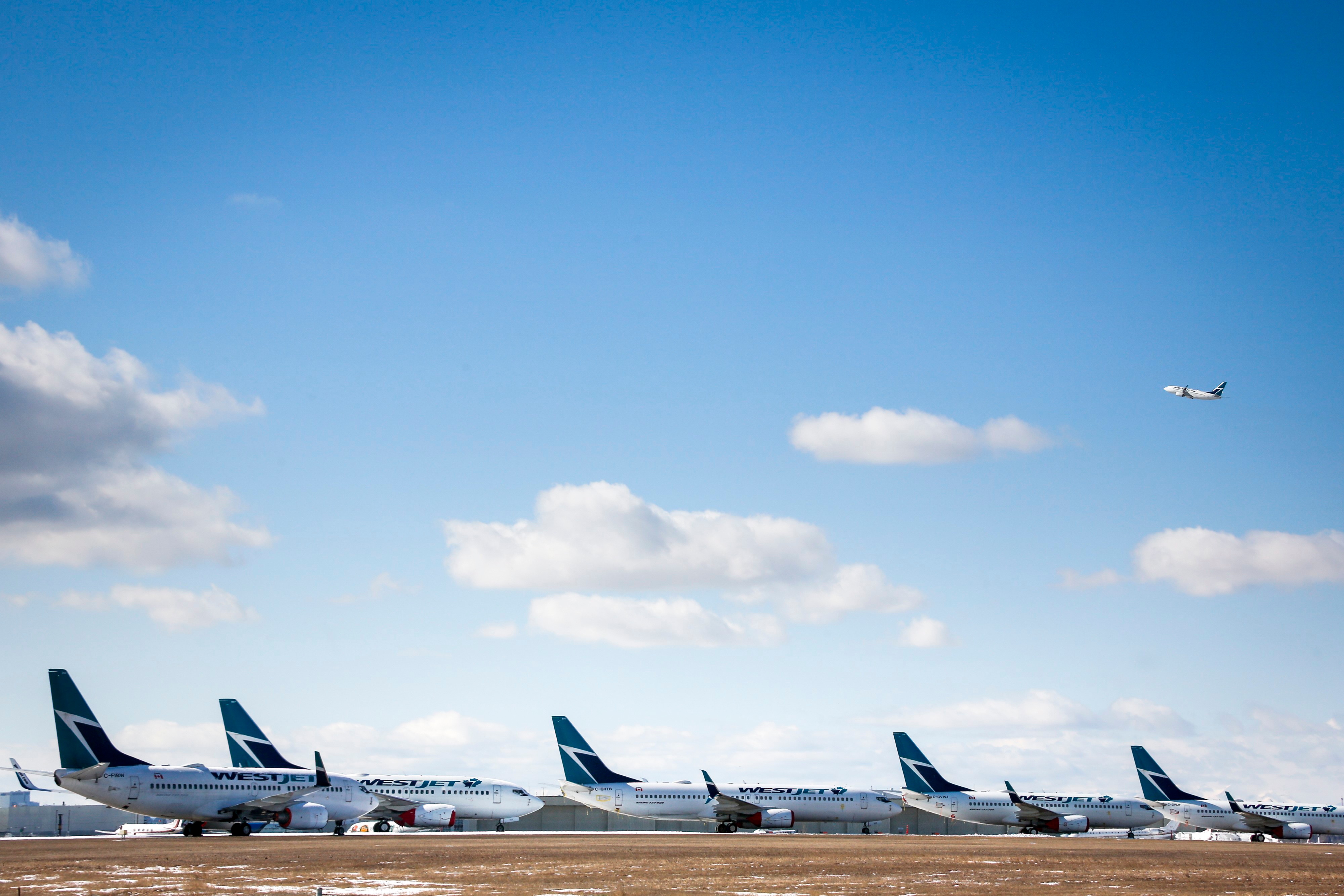