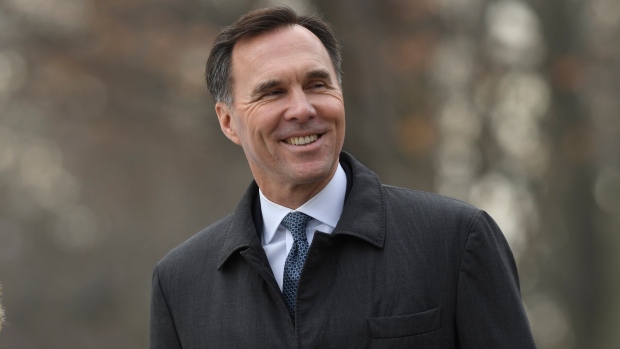 OTTAWA -- Finance Minister Bill Morneau will not explain how his department estimated that finishing the Trans Mountain pipeline expansion will bring another $500 million in corporate tax revenue into the federal government's bank account.

The figure was cited by the government when it approved the project a second time last June and was also included in the Liberals' campaign platform as they attempted to show how they intend to pay for various election promises.

Economist Robyn Allan says she has been trying to get Ottawa to explain its numbers for months to no avail.

A spokesman for Morneau says the $500 million is a Finance Canada estimate but did not answer questions about how that estimate was created.

Allan says the government is using the figure to generate public support for the project and Ottawa has a responsibility to explain its origins.

Canada bought the Trans Mountain pipeline from Kinder Morgan Canada in 2018 in a bid to overcome political opposition to expanding it and hopes to sell it back to the private sector once the expansion is complete.