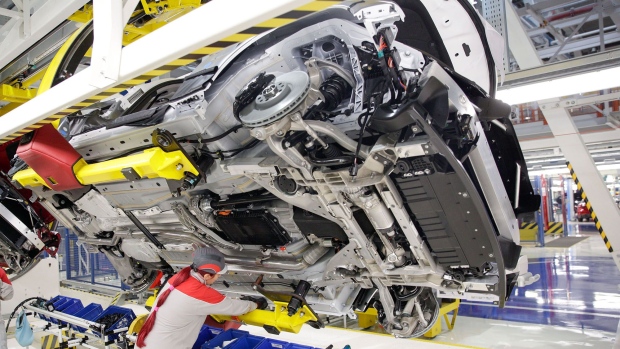 GM alleged in November that Fiat Chrysler inflicted billions of dollars in damages by bribing United Auto Workers leaders for competitive advantages that the union denied to GM. The biggest U.S. carmaker also accused Sergio Marchionne, the late chief executive officer of Fiat Chrysler, of conspiring with the UAW in his years-long attempt to merge the two companies.

In its filing to have the suit dismissed, Fiat Chrysler rejects the racketeering allegations and argues GM can’t prove it was the primary party injured by a corruption scandal that has engulfed Fiat Chrysler and the UAW.

Fiat Chrysler says concessions it made to the UAW in 2015, allegedly to hurt GM, harmed it as well. Fiat Chrysler also argues that the racketeering complaint can only be adjudicated by the National Labor Relations Board and its injury claims were filed too late.

Former officials at the carmaker and union took funds from a training organization they jointly ran to exchange gifts -- including credit cards, golf trips, designer clothing, furniture and jewelry -- as part of a plan by the automaker to keep UAW leaders “fat, dumb, and happy,” according to federal prosecutors.

Fiat Chrysler, which agreed to merge with France’s PSA Group in December, reiterated its belief that GM’s suit amounted to an attempt to undermine its combination with the maker of Peugeot and Citroen cars.

To contact the editors responsible for this story: Craig Trudell at ctrudell1@bloomberg.net, Joe Schneider