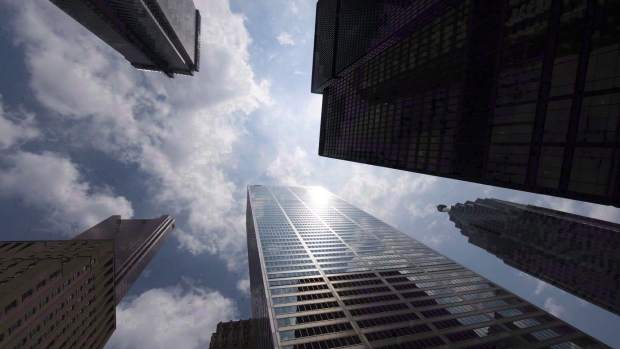 Canada's financial regulator is raising the amount of capital major banks need to have on hand over concerns of high household debt levels and other elevated systemic vulnerabilities.

The Office of the Superintendent of Financial Institutions said Thursday the domestic stability buffer will go up by half a percentage point to three per cent as of Feb. 1, 2023. It also increased the possible range of future adjustments to between zero and four per cent, rather than the previous top end of 2.5 per cent.

"Clearly, we're in a risk environment now where levels of indebtedness have grown. We've got high inflation, we've got rising interest rates and a lot of our thinking is holding around those types of risks," Radiskovic said.

By raising the amount of money banks need to set aside, it gives the regulator more room to lower the capital requirements when a downturn hits to give banks access to potentially needed extra funds.

Radiskovic said the adjustments come as the economic risk profile has changed considerably this year, enough to prompt the regulator to release an unplanned update to its outlook in October.

"Things have moved so significantly, the vulnerabilities have grown and the risk landscape is changing so quickly, that we issued or updated the annual risk outlook."

Radiskovic said the buffer increases will boost the stability of major banks and public confidence in the financial system.

The stability buffer, which applies to domestic systemically important banks, was launched in 2018 and is set twice a year, but can be changed at other times if needed.

The latest increase will put the bank total common equity tier one ratio needed at 11 per cent when it comes into force in Februrary.

The increase, which gives banks less than the usual four months to increase their buffers, comes as several Canadian banks are working though major acquisitions that will pull down their ratios, but the regulator said it considered the ability of banks to meet the requirement when setting it.

Bank of Montreal said on its latest earnings call that it expected its ratio could fall below 11 per cent if its US$13.4-billion takeover of Bank of the West closes in the first quarter, but expects it to rise above that level by the second quarter, which for the banks begins at the start of February.