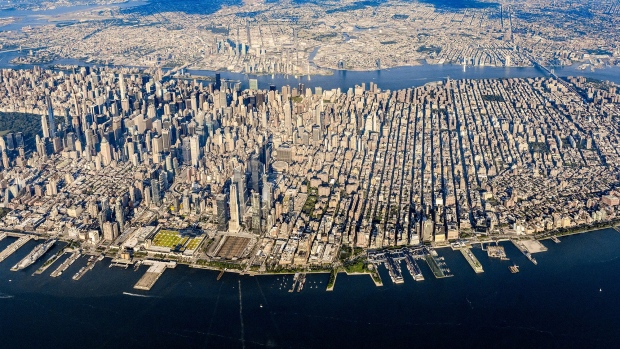 (Bloomberg) -- U.S. property taxes, which raise more than $500 billion annually for public schools, fire departments and other local services, are supposed to be based on property values as determined by local assessors -- the higher the assessment, the higher the tax bill. But studies have shown systematic unfairness nationwide: Officials tend to overvalue low-priced properties while undervaluing the high-priced ones, a pattern known as regressivity. Researchers have highlighted New York City, which collects $30 billion a year in property taxes, as a primary example.

Flawed valuations contribute to inaccurate and unfair property taxes for condos, shifting hundreds of millions of dollars in tax burden from the most expensive properties to others -- including owners of rental properties and their tenants.

Owners of lower-priced apartment buildings pay a higher share of the property tax burden than condo owners, relative to price -- even though national assessment standards call for New York officials to treat them the same. The city’s system creates “a hidden tax on renters,” one advocate said.

Officials blame a state law for the errors and inequities. The law requires assessors to value condos and co-ops as if they produced income, as rental properties do. Condos and co-ops typically don't do that, of course, so officials have developed a process that uses data from comparable rental properties to form hypothetical income estimates. It's true that the state law’s requirements lay the groundwork for an unfair system. But Bloomberg’s analysis found the city has made a bad situation worse with an opaque system relying on data that depart from market realities.

The city’s method for estimating the hypothetical income for condos drives the disparities in valuations, Bloomberg’s analysis found: City officials adjust the comparable figures they use, but the resulting amounts tend to be comparatively high for the low-priced properties, on average, and unfairly low for the high-priced ones, according to Bloomberg’s analysis of actual sales prices and city data.

The city calculates the values of condos and co-ops using a “capitalization rate” — a tool used by real estate investors to gauge the market value of properties’ income streams. Higher capitalization rates correspond to lower values for the properties. The city uses a “cap rate” that’s more than double those reflected in New York’s real estate markets, Bloomberg found. The process drives down taxable values for tens of thousands of condo units by about 80% on average.

Read the full story to learn how these practices contributed, for instance, to producing a tax bill for a $2.15 million condo that totaled $157 — and how attempts to overhaul the system have yet to address fundamental flaws.

This is part of a series. You can read the first installation here and the second here.