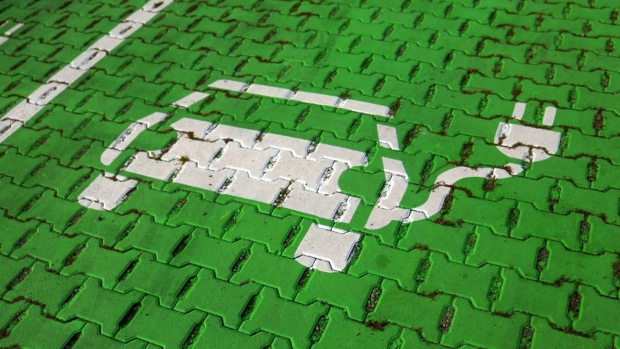 (Bloomberg) -- The $437 billion Inflation Reduction Act that President Joe Biden signed into law Tuesday focuses on climate, health subsidies and drought relief. The measure will bring big changes to the US auto industry, using incentives to nudge automakers to expedite production of so-called clean vehicles in an effort to meet environmental goals.

There’s plenty in the fine print for automakers and their lobbyists to complain about. Chief among those concerns: restrictions that gradually limit the tax credits to vehicles that are assembled in North America and that contain batteries made from raw materials sourced only from countries with which the US has free-trade agreements.

To help consumers, the administration published a list of model year 2022 and 2023 vehicles it says are likely to meet the bill’s requirement for “final assembly” in North America. It also made available a website where consumers and dealers can enter a Vehicle Identification Number to determine eligibility, and a list of frequently asked questions. The Treasury Department says buyers who entered into a binding contract to take possession of an EV before Aug. 16 could claim the credit even if they hadn’t received the vehicle yet.

Here are five things that will change soon for automakers under the new law:

1) At the start, fewer EVs will qualify. The new rule requiring North American assembly knocks out about 70% of the 72 models currently eligible for the $7,500 tax credits that make them attractive to buyers, the Alliance for Automotive Innovation says. And it gets even tougher: When the raw-material rules take effect in 2023, the Alliance says the number of currently qualifying vehicles would drop -- to zero.

2) Elimination of a cap on how many EVs are eligible. Under the old policy, only the first 200,000 EVs sold by a given manufacturer qualified for the credits -- irking General Motors Co., Tesla Inc. and Toyota Motor Corp., all of which had surpassed the limit. Beginning next year, their vehicles will eligible again -- as long as they meet the new North America and mineral-source requirements.

3) Used EVs -- at least cheap ones -- join the party. A $4,000 credit for used electric cars will become available for the first time after Dec. 31, as long as the EVs are priced at no more than $25,000 and the buyer’s income tops out at $75,000 for a single-filing taxpayer or $150,000 for joint filers. Also for the first time, starting in 2024, consumers who buy new or used clean vehicles at registered dealers would be allowed to receive discounts at the point of sale equal to the value of their credits.

4) Businesses get a break, too. Commercial vehicles that aren’t powered by an internal combustion engine can qualify for a maximum $7,500 tax credit, with some of the value determined by weight restrictions.

5) It’s not just EVs. Hydrogen power would be included in the credit for the first time, under a provision that expands the definition of a “clean car” to include fuel-cell-powered models. Previously, there was a separate fuel-cell vehicle credit.

(Updates with detail resources for consumers in the third paragraph.)