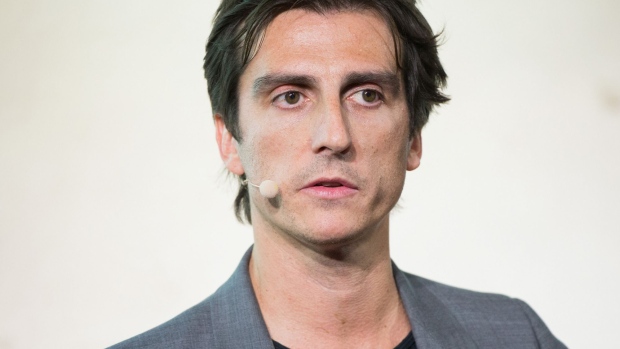 Julien Codorniou, director of Facebook at Work at Facebook Inc., speaks during the global launch event of "Workplace" at their offices in London, U.K., on Monday, Oct. 10, 2016. Workplace is meant to help employees collaborate with one another on products, listen to their bosses speak on Facebook Live and post updates on their work in the News Feed. , Photographer: Bloomberg/Bloomberg

Felix Capital has more than $600 million in assets under management, and focuses on investing in companies that include consumer brands and related technologies including the likes of Oatly Group AB and Peloton Interactive Inc.

Codorniou joined Felix after 11 years at Facebook, and has been making small early-stage investments into tech companies including Bloom & Wild. A previous adviser with Felix Capital, he will focus on gaming and software-as-a-service sectors

Lin’s promotion comes after she joined Felix three years ago, and she previously worked on investments in startups including fintech Juni and mobile insurer Leocare. Areas of focus for her as a partner will include digital health and financial technologies.