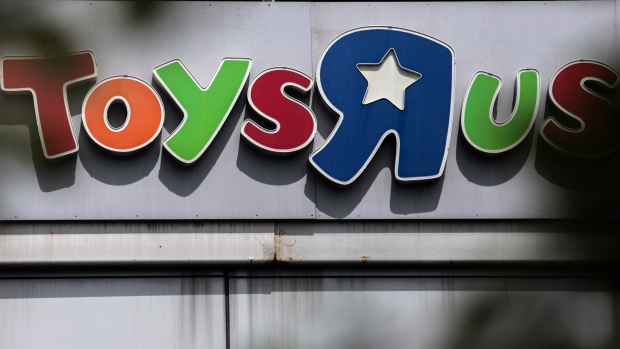 Signage is displayed on the exterior of a Toys 'R' Us retail store in the Queens borough of New York, May 11, 2018 , Bloomberg/Jeenah Moon

A revival of Toys “R” Us might be in the works.

Jerry Storch, a former chief executive officer of the defunct toy chain, has been working with multiple investors on a plan to reboot the retailer in the U.S., according to people familiar with the situation, who asked not to be named because the talks are private. Credit Suisse Group AG (CS.N) is being used as a financial advisor and the discussions have included Fairfax Financial Holdings Ltd. (FFH.TO), the investment firm that acquired the Canadian unit of Toys “R” Us, some of the people said.

Any comeback is considered to face long odds because of how far the former market giant has fallen, the people said. There are also concerns that it might be too late to restart the business in time for this Christmas-shopping season, they said.

For a successful revival, Storch’s group would have to win a bankruptcy auction for the chain’s intellectual property in about a month. The real estate portfolio is being sold separately, the people said. Frequently, when a retail chain sells off its brand names and logos, little is done with them. Competitors often buy up the rights to keep them from being used by another rival.

But that doesn’t appear to be the case with Toys “R” Us — a liquidation that’s leaving billions in revenue up for grabs. Competition for its brands, including Babies “R” Us, is expected, according to some of the people. That interest illustrates how many observers saw the retailer’s business as a salvageable one, at least without the unsustainable debt load that pushed it into bankruptcy.

Representatives for Fairfax, Toys “R” Us and Storch declined to comment. Credit Suisse didn’t immediately respond to a request for comment.

Storch took over the chain shortly after Bain Capital, KKR & Co. (KKR.N) and Vornado Realty Trust took Toys “R” Us private in a debt-laden 2005 deal. During his tenure, earnings before interest, taxes, depreciation and amortization hit US$1 billion. After he left in early 2013, the retailer failed to approach that level again.

Storch has recruited other former executives to the effort. He’s also engaged shopping-center landlords about leasing space, the people said.

His plan centers on having several hundred stores that house both toy and baby brands under one roof, one of the people said. The company began combining the two units when Storch was CEO as a way to create a one-stop shopping experience for parents with multiple kids. At the end of last year, the company had about 200 of such hybrid locations in the U.S.

With assistance from Laura J. Keller