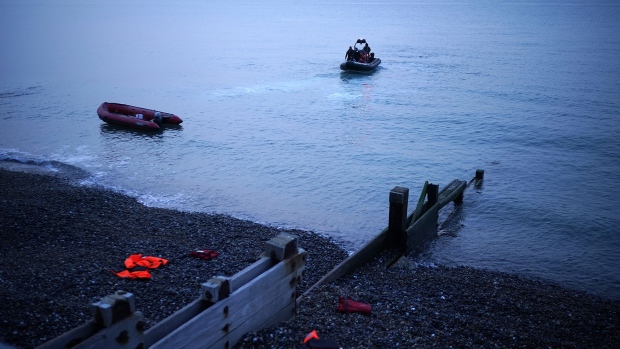 (Bloomberg) -- The French government cancelled talks with the U.K. on how to tackle a rise in migrants attempting to cross the Channel, after Prime Minister Boris Johnson said France must take people back.

French Interior Minister Gerald Darmanin told his U.K. counterpart Priti Patel he was scrapping planned talks with her on Sunday in protest at the demands made public by Johnson, Agence France-Presse reported on Friday.

Johnson on Thursday wrote to French President Emmanuel Macron setting out five steps that could be taken to prevent another tragedy after the deaths of at least 27 people whose boat capsized on Wednesday. He published the proposals in a series of tweets.

Johnson added: “An agreement with France to take back migrants who cross the Channel through this dangerous route would have an immediate and significant impact.”

In a message seen by AFP, Darmanin told Patel that Johnson’s letter was a “disappointment.” He added: “Making it public made is even worse. I therefore need to cancel our meeting in Calais on Sunday.”