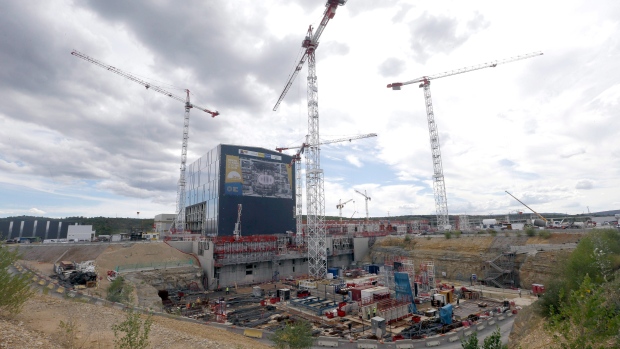 Not long before he died, tech visionary Paul Allen traveled to the south of France for a personal tour of a 35-country quest to replicate the workings of the Sun. The goal is to one day produce clean, almost limitless energy by fusing atoms together rather than splitting them apart.

The Microsoft Corp. co-founder said he wanted to view the early stages of the International Thermonuclear Experimental Reactor in Cadarache firsthand, to witness preparations “for the birth of a star on Earth.”

Allen wasn’t just a bystander in the hunt for the holy grail of nuclear power. He was among a growing number of ultra-rich clean-energy advocates pouring money into startups that are rushing to produce the first commercially viable fusion reactor long before the US$23 billion ITER program’s mid-century forecast.

Jeff Bezos, Bill Gates and Peter Thiel are just three of the billionaires chasing what the late physicist Stephen Hawking called humankind’s most promising technology. Scientists have long known that fusion has the potential to revolutionize the energy industry, but development costs have been too high for all but a handful of governments and investors. Recent advances in exotic materials, 3D printing, machine learning and data processing are all changing that.

“It’s the SpaceX moment for fusion,” said Christofer Mowry, who runs the Bezos-backed General Fusion Inc. near Vancouver, Canada. He was referring to Elon Musk’s reusable-rocket maker. “If you care about climate change you have to care about the timescale and not just the ultimate solution. Governments aren’t working with the urgency needed.”

The company Allen supported, TAE Technologies, stood alone when it was incorporated as Tri-Alpha Energy two decades ago. Now it has at least two dozen rivals, many funded by investors with a track record of disruption. As a result, there’s been an explosion of discoveries that are driving the kind of competition needed for a transformational breakthrough, according to Mowry. 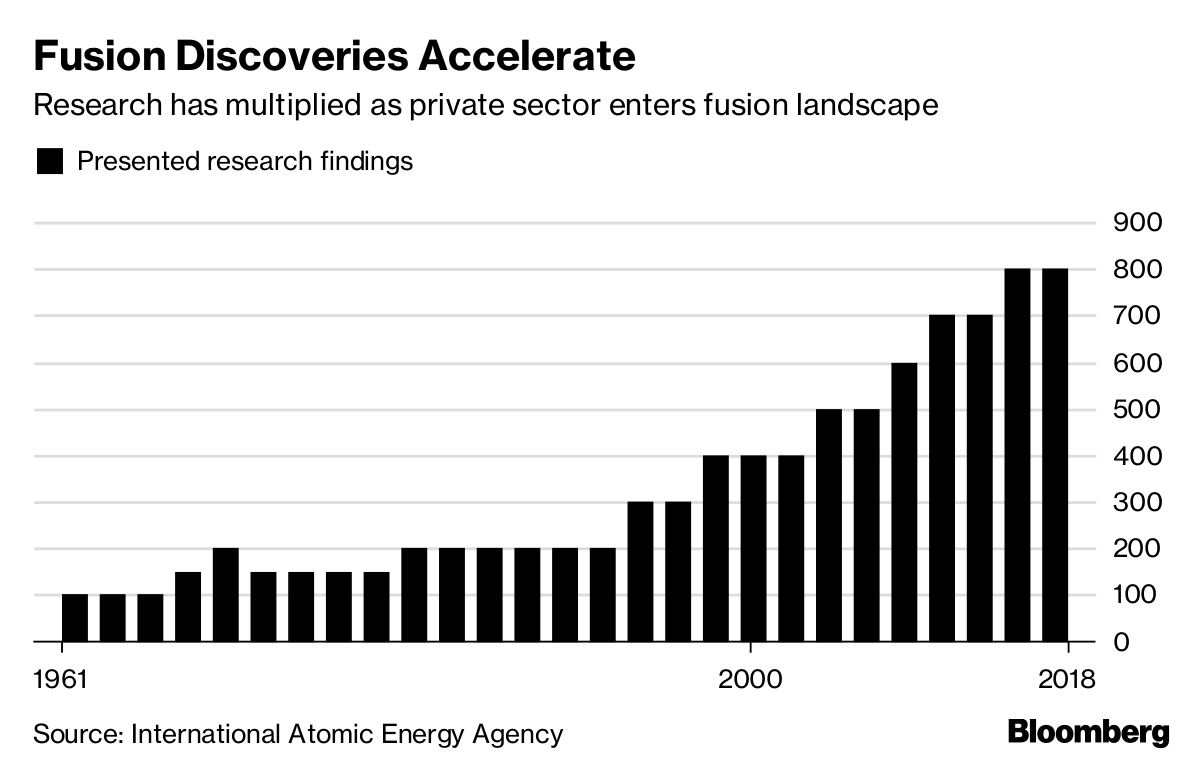 One of the clearest measures of progress in the field was on display last week in Gandhinagar, India, where the Vienna-based International Atomic Energy Agency held its biennial fusion forum. The conference highlighted a record 800 peer-reviewed research papers, 60 per cent more than a decade ago.

Fusion itself isn’t the problem. The tricky part is generating more energy than is used in the process. Such reactors have to mimic conditions found only in deep space, a much more complex and costly endeavor than fission. Heating plasma to temperatures higher than stars and then containing the ensuing reactions inside cryogenic cooling vessels can require a million parts or more.

Even if commercial fusion takes longer than expected to achieve, many of the innovations produced along the way will prove lucrative on their own, according to IP Group Plc, a London-based investor in intellectual property. Research firms are already minting patents to protect their creations, from software that simulates plasma burning at 150 million degrees Celsius (270 million Fahrenheit) to a new type of magnet that has applications in health care.

“There’ll still be significant residual value,” said Robert Trezona, who oversees IP Group’s investment in First Light Fusion Ltd., a company near Oxford University whose advisory board includes former U.S. Energy Secretary Steven Chu. “It would have been inconceivable for a small company like First Light to make advancements in fusion sciences 20 years ago.”

One of the most ambitious ventures is Commonwealth Fusion Systems, a company founded last year by six MIT professors. Backed by some of the biggest names in business, they’re confident they’ll be able to produce a prototype of a so-called net energy reactor by 2025.

The startup raised US$50 million in March from a group led by Italy’s Eni SpA, one of several oil producers preparing for a carbon-neutral world. And last month it secured an unspecified sum from Breakthrough Energy Ventures, a fund seeded by Gates, Bezos and fellow tycoons including Richard Branson, Ray Dalio and Michael Bloomberg, the majority owner of Bloomberg LP, the parent company of Bloomberg News.

“The greater danger is not having anybody succeed than having everybody,” Commonwealth Fusion CEO Bob Mumgaard said by phone from Cambridge, Massachusetts. “We need more smart people driving very hard to crack this.”

Still, ITER remains the best bet in terms of breaking the code for producing cheap energy on a massive scale, according to Nawal Prinja, a nuclear engineer at Aberdeen-based John Wood Group Plc and a featured speaker at the forum in India.

“They’re coming up with all kinds of new ideas to make the industry more efficient, but turning ideas into a commercial station is a different story,” Prinja said. Only ITER, Latin for “the way,” has the resources needed to perfect the kind of reactor that can run entire cities, he said.

If so, many of today’s fusion investors may not live long enough to benefit from the rollout. It’s already taken ITER more than three decades just to lay the foundation of a machine designed to prove the viability of its concept. And it doesn’t expect to have a reactor capable of powering a couple million U.S. households until sometime around 2050.

Tim Luce, ITER’s chief scientist and Allen’s host at the sprawling research facility about 50 kilometers north of Marseille, dismissed criticism of the time horizon. What the international effort is trying to accomplish, he said, is simply too ambitious for any one actor in the private sector.

“These other competitors have a vision for doing something smaller, but I haven’t seen a compelling piece of physics that shows they can do it,” Luce said. “It’s the story of the tortoise and the hare and we’re the tortoise.”

And then there’s Musk, a serial innovator who thinks the whole fusion crowd is barking up the wrong tree. In a weed-and-whiskey podcast that went viral last month, the Tesla and Solar City co-founder said smart money like his is better spent on finding more efficient ways to capture the Sun’s energy than on trying to recreate it.

“We’ve got a giant thermonuclear reactor in the sky,” Musk said. “It shows up every day very reliably. If you can generate solar panels and store it with batteries, you can have it 24-hours a day.”