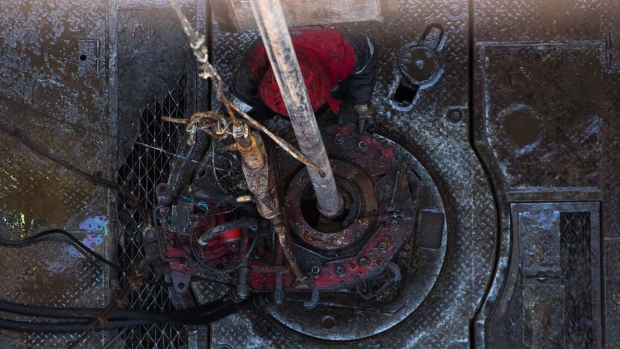 One month ago, nobody responded to Nicki Murray’s help-wanted ad for truckers to unload goods at Alberta’s feedlots. Now, she’s getting half a dozen responses a week.

“Obviously, people are needing or wanting more work,” said Murray, owner of JF Murray Farms in Picture Butte, Alberta. “Even just in the last week, there was an influx.”

In Alberta, Canada’s biggest producer of crude oil and beef, the cattle industry aims to lure local workers to fill vacant positions on farms and in processing facilities as businesses in other sectors shut or idle operations amid the coronavirus pandemic and crash in energy prices. While nobody’s expecting a flood of former oil workers, those that do come over would be a big help to ranchers who have struggled for years to recruit, often depending on temporary foreign workers.

“Many vacant positions we had before this situation can be filled with Canadians,” said Brady Stadnicki, manager of policy and programs for the Canadian Cattlemen’s Association. “There’s lots of work to do in agriculture.”

Alberta is facing a double whammy: a massive contraction in oil demand because of the coronavirus outbreak and a global collapse in crude prices. Some of the largest oil-sands producers, including Suncor Energy Inc., have cut production or shut down operations. Canadian energy companies slashed more than $6 billion in capital spending plans for the year, which will keep scores of rig operators, maintenance workers and other employees idle.

At the same time, meat is selling out at grocery stores as shoppers stock up at home to persevere through the pandemic. Canadian producers are running around the clock trying to meet the surge in retail demand, and some are offering cash bonuses to staff on the front lines of plants.

The “unfortunate increased supply of labor” may be an opportunity for businesses in the beef sector to recruit local workers for part-time support work on farms or in processing plants, Stadnicki said. Workers from the oil patch may also have experience with machinery and trucking that can be an asset on farms, he said.

The labor gap in Canada’s beef industry is expected to widen to as many as 14,000 jobs left unfilled by 2029 if the sector can’t find ways to boost recruitment and retention, the Canadian Agricultural Human Resource Council said in a report. Given the industry’s aging workforce, processors will need to replace about 32,000 workers by 2030 period, equivalent to more than half of the current total workforce, according to a 2019 report from Food Processing Skills Canada.

Calgary Mayor Naheed Nenshi and the city’s economic development organization have targeted agribusiness as one of the main industries to help diversify the region’s economy away from oil and natural gas. Alberta’s unemployment rate has been above 6 per cent for more than four years and reached 7.2 per cent in February, before the recent turmoil in the industry.

The fallout from the coronavirus is going to displace more energy workers, and “we need to work harder at trying to find places” for people, said Mary Moran, the chief executive officer of Calgary Economic Development.

She has focused for years on bulking up the city’s agribusiness sector to help diversify the economy and find jobs for professionals and office workers who have been laid off by energy companies. The organization has had some success, including helping convince BASF SE to relocate its Canadian agricultural headquarters to the city from Mississauga, Ontario. Bayer Crop Science picked Calgary as its head office for its Canadian business.

The city has a long history in agriculture, strong logistics infrastructure and a skilled workforce, Moran said.

“The opportunity isn’t thousands of jobs, it’s hundreds,” Moran said. “So we really have to be careful to manage expectations and not make it sound like it’s the gold rush.”

Hurdles remain. Agricultural contractors and specialized livestock workers in Alberta make an average wage of $24 an hour, compared with oil and gas drillers who earn $26 to $39 an hour, according to the provincial government. Meat cutters in processing plants or retail stores earn $21 an hour on average.

“Work on a farm is difficult,” said Janice Tranberg, president and CEO of the Alberta Cattle Feeders’ Association. “You’re living remotely, you’re not always doing easy work. It can be dirty at times.”

While conditions may be similar to some jobs in the oil patch, labor shortages persist amid a wave of retirements and as people seek more opportunities in cities, Tranberg said. Employers hope the downturn won’t just result in workers looking for short-term jobs because the beef sector needs people over the long haul, she said.

“What we’re looking for is long-term permanent employees, or at the very least, people who will return on a regular basis.” Tranberg said.