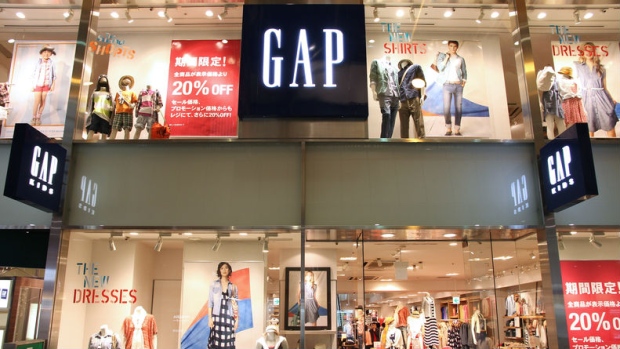 The Gap , The Canadian Press

Gap Inc. doesn’t want to raise the price of your sweaters. But thanks to the trade war, it may have no other option.

While most of the apparel company’s products are from Vietnam, about 22 per cent still come from China -- even after moves to scale back operations there. So Gap is closely following U.S. trade policy after the latest round of tariffs was leveled on Chinese goods.

“We are watching it very, very carefully, as you can imagine,” Chief Executive Officer Art Peck said in an interview, noting that the duties on imports have yet to affect the company’s prices.

Nonetheless, “in some cases, we’ll have no choice but to pass the impact of these tariffs through to our consumers,” he said.

While the retailer plans to continue moving away from China and expand sourcing to other nations, there are certain items -- like sweaters -- where China has a strong advantage, Peck said.

“What this will ultimately be, we think, is a tax on the consumer,” he said. “And it’s unfortunate that this will impact consumers especially going into the holiday season.”

The trade dispute represents another challenge for Gap. The company has struggled with declining mall traffic, operational missteps and disappointing growth. The Gap brand, in particular, has fallen short, and the company is increasingly relying on its Athleta and Old Navy chains for growth.

The company’s success with its Athleta brand inspired its new men’s brand, Hill City, which fuses sportswear with everyday apparel. The clothing line, which includes lightweight stretch pants for either the gym or running errands, will be offered online starting in mid-October. “We nurtured it inside Athleta,” Peck said of Hill City.

Over the next five years, Gap plans to ramp up its acquisitions, using Athleta as a model, Peck said. The company acquired Athleta in 2008 “when it was small, and it’s closing in on a billion dollars and showing no signs of letting up right now,” Peck said.

Gap will eye other companies with a similar profile that don’t have a lot of stores and could benefit from Gap’s platform, Peck said. The company will also seek to boost e-commerce, with Peck saying online sales could make up as much as 60 percent of sales by 2023.

Peck said the company may have the same amount of stores by then, but they’ll be smaller and with more technology enhancements.