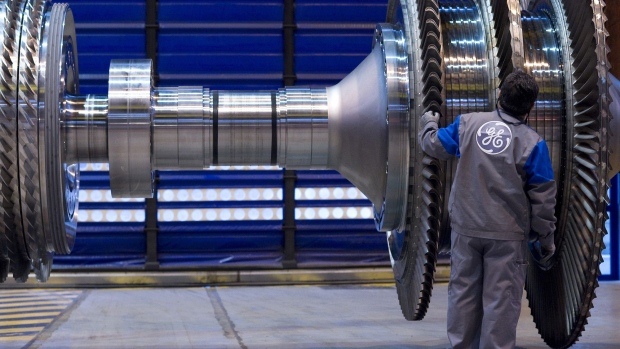 General Electric Co. accused the U.S. unit of Siemens Energy AG of stealing trade secrets for gas turbines and using them to win at least nine gas turbine contracts worth billions of dollars.

A Siemens Energy Inc. account manager received secret information during a confidential bidding process and shared it with dozens of colleagues, some of whom used it to alter a bid for a lucrative contract in Virginia, GE claimed in a lawsuit filed Thursday in federal court in Richmond, the state’s capital. Siemens then waited 16 months before disclosing that it possessed the information, the GE said.

“The sprawling and calculated theft of GE’s trade secrets has enabled Siemens to win, so far, billions of dollars of contracts and remains ongoing -- all at the expense of GE’s ability to fairly compete,” the Boston-based company said in the complaint.

Siemens Energy, which was spun off last year from Munich-based Siemens AG, didn’t immediately respond to an email seeking comment.

The lawsuit opens a new front in a series of U.S. legal clashes between the industrial heavyweights over power-generation products that are key to the portfolios of each company. The manufacturers compete fiercely for turbine and service contracts that can generate cash for decades, while contending with a tough market marked by excess capacity as demand rises for electricity generated from renewable sources.

“We aggressively protect and defend our intellectual property,” GE said in a statement, declining to comment further on the lawsuit.

The U.S. company filed a patent-infringement complaint in August at the International Trade Commission in Washington, accusing Siemens Gamesa Renewable Energy SA, a wind-turbine the German company’s wind-turbine unit, of using GE technology that guards against power fluctuations. A trial in the case is scheduled for June.

Siemens Gamesa struck back in September with a patent-infringement suit against GE in Florida, claiming unauthorized use of Siemens inventions for ways to improve the performance of wind turbines and a structural support so they can be made bigger. That case is pending.

--With assistance from Susan Decker and William Wilkes.