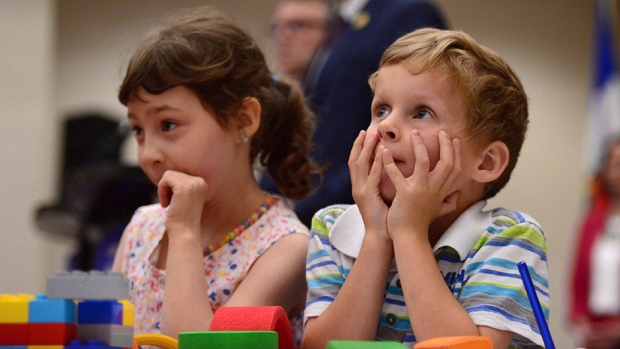 Millennials are about to be surpassed by Generation Z.

Gen Z will comprise 32 per cent of the global population of 7.7 billion in 2019, nudging ahead of millennials, who will account for a 31.5 per cent share, based on Bloomberg analysis of United Nations data, and using 2000/2001 as the generational split.

People born in 2001 will turn 18 next year, meaning many will enter university, be eligible to vote and, depending on their citizenship, smoke or drink alcohol without breaking the law. Gen Zers have never known a non-digital world and have grown up amid events such as the "war on terror" and Global Recession.

"The key factor that differentiated these two groups, other than their age, was an element of self-awareness versus self-centeredness," according to “Rise of Gen Z: New Challenge for Retailers,” a report by Marcie Merriman, an executive director at Ernst & Young LLP. Millennials were "more focused on what was in it for them. They also looked to others, such as the companies they did business with, for solutions, whereas the younger people naturally sought to create their own solutions."

The demographic handover is good news for delivery services, gadget makers and the so-called gig economy. Meanwhile, it presents new challenges to educators, event planners, luxury brands and even golfers -- a game where the average age of U.S. participants now exceeds 50.

"Each generation comes with a unique set of behaviors and presents a unique set of challenges for those looking to reach them," according to a report by research firm Nielsen Holdings Plc. "Gen Z are bombarded with messages and are a generation that can quickly detect whether or not something is relevant to them."

For this Bloomberg comparison, millennials were defined as people born in 1980 through 2000, with Gen Z classified as anyone born starting in 2001 -- at least until the next meaningful cohort emerges. The U.S. Census Bureau also bookends the generations at the end of 2000.

William Strauss and Neil Howe, American historians and authors who first coined the term "millennials," use 1982 and 2004 as the cutoff years. The Pew Research Center defines those born in 1981 through 1996 as millennials, a time-frame also used by Ernst & Young in the survey Merriman wrote about.

Even using Bloomberg’s 2000/2001 demarcation, demographics differ depending on location.

Millennials will continue to represent the bigger proportion in the world’s four largest economies: U.S., China, Japan and Germany. The combined population just shy of 2 billion in those four countries will have a ratio of 100 millennials for every 73 in Gen Z next year.

India, which has about 1.3 billion people versus China’s 1.4 billion, will see its Gen Z population rise to 472 million next year, 51 per cent more than China’s projected 312 million.

According to an annual survey of young people by Deloitte Touche Tohmatsu Ltd., "Gen Z respondents anticipate being slightly happier than their millennial counterparts," with those in emerging markets in both groups more optimistic about economics and social progress than counterparts in developed nations.

"In China and India, 70 per cent of the younger group expects to be happier than their parents," according to the report, which surveyed about 10,000 millennials and 2,000 Gen Zers. "However, across Australia, the United Kingdom, Canada and the United States (39 per cent), the outlook is much less optimistic."

In Sub-Saharan Africa, where Gen Z already outnumbers millennials in all but two of about 50 nations thanks to reductions in early-childhood mortality or higher birthrates, growth comes with challenges. The World Bank estimates that one in seven youth in the region actively seeking work can’t find a job. In South Africa, the unemployment rate for those aged 15-24 is about 57 per cent.

METHODOLOGY: UN population division data reports population by five-year age groups. Headcounts for less than five full-year groups (i.e., Gen Z population ages 15-18) were extrapolated based on general distribution pattern. The 2019 Gen Z population was calculated by estimating crude births in 2019, adjusted for infant mortality (death per 1,000 live births for those under age 1), adding 2018 total Gen Z, adjusted for those affected by under five/child mortality not yet counted, millennial population in 2019 adjusted by the general adult mortality rate.