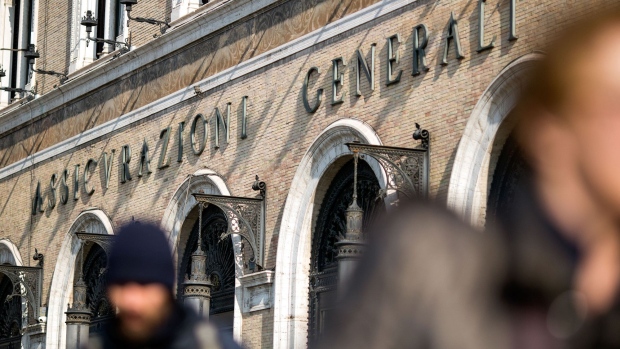 The talks include the sale of Predica’s death coverage portfolio, managed by La Medicale, to Generali France, the Italian insurer said in a statement, confirming a previous report by Bloomberg. The firm, which offers insurance products to healthcare professionals, may be valued at about 400 million euros ($450 million) people with knowledge of the matter have said.

The transaction will strengthen Generali’s health and protection lines in France and will boost its agent network in the country, the insurer said. Founded in 1948, La Medicale had 552 million euros of annual premiums at the end of last year and a portfolio with more than 600,000 policies.

Expansion in insurance and asset-management is one of the pillars of Chief Executive Officer Philippe Donnet’s strategy, as mergers and acquisitions start to reshape the industry. Since he took the helm in 2016, Donnet has strengthened the firm’s finances, cut costs and expanded into more lucrative product areas while cementing Generali’s presence in its home market by taking over smaller rival Societa Cattolica di Assicurazioni.

The shares have gained more than 60% since Donnet presented his first business plan in November 2016, compared with a 30% increase at Allianz and 15% at Axa SA.

Generali has about 1 billion euros cash left over for possible acquisitions, Chief Financial Officer Cristiano Borean said earlier this month. The insurer, which has already reached most of its full year targets, is set to present a new strategy on Dec. 15.