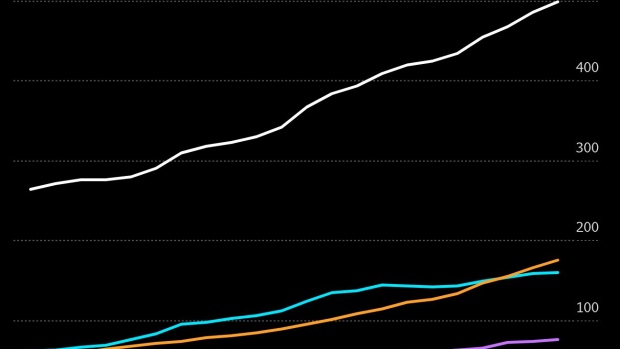 Robert Habeck, co-leader of the Green Party, during a news conference to present the details of the new coalition, in Berlin, Germany, on Wednesday, Nov. 24, 2021. Olaf Scholz is set to succeed Angela Merkel as German chancellor after forging an unprecedented alliance that aims to revamp Europe’s largest economy by tackling climate change and promoting digital technologies. , Bloomberg

A hard-won agreement reached by Germany’s new coalition government puts climate change at the center of policy making — an outcome made possible by unprecedented support for the Greens. But divisions within the party underscore the challenge of turning that momentum into action.

The 125,000 members of the Green Party — Europe’s most influential environmental political party — have until Monday to vote on the coalition’s deal. While it’s likely to pass, the mood will hardly be celebratory: a large wing is unhappy over major concessions made by their leaders and the loss of key ministries to the business-friendly Liberals. Only 13% of Germans see the agreement as a win for the Greens, compared with 37% who think the Liberals got their way, according to a poll by public broadcaster ARD.

The outcome shows just how far the Greens have come, and how much further they have to go. Climate measures were a key part of negotiations that dragged on for two months between the Greens, Liberals and Social Democrats, resulting in about 40 pages of the final 177 pages dedicated to the issue. But many of the Greens’ proposals, from phasing out natural gas to banning fossil-fuel cars, were watered down.

Frustrations were on full display at a meeting of the Green Party leadership on Nov. 25. Different factions argued over the nomination of Cem Oezdemir, a moderate with ties to the industry, as the new Green agriculture ministry. There were also discussions about how the party lost the finance minister post, which went to Christian Lindner from the Liberals. The loss was exacerbated by the Greens’ failure to secure a veto over climate policies that would hold back funding for projects proposed by Lindner.

“I admit there’s a gap,” Robert Habeck, co-leader of the Greens who is set to run a newly formed climate and economics ministry, told local newspaper Suddeutsche Zeitung last week, referring to measures on transportation. He added that the big, painful decisions are ahead. “Behind every bush, trouble and conflict will be waiting.”

Green supporters were hoping that the party would dramatically revamp Germany’s climate policies, which aren’t enough to limit global warming to 1.5 degrees Celsius or meet the nation’s goal of being greenhouse gas neutral by 2045. Although the country hit its 2020 emissions reduction goal, it did so only because of the Covid-induced economic crunch, according to think tank Agora Energiewende.

The incoming government’s target of getting 80% of energy from renewable sources by 2030, an increase from country’s previous target of 65%, is likely to have the biggest impact on greening Germany’s economy. The parties also agreed that every newly installed heating system must be operated with 65% renewable energy by 2025 in order to cut emissions from buildings by 68% by 2030, from 1990 levels.

“The agreement made it clear that what Germany needs is more renewables, renewables, and renewables,” said Wilfried Rickels, a research director at the Kiel Institute for the World Economy. “Increased capacity will help in the electrification of other sectors, such as housing, transportation and supports the hydrogen economy.”

But the lack of clarity over how the new government will finance its energy transition or clean up the dominant transport sector remains problematic. The coalition aims to have at least 15 million fully electric cars on the road by 2030, meaning sales would need to grow at a rate of 33% per year until 2030 and combustion-engine cars would have to stop being sold by around 2028. Yet the deal didn’t set a date for banning dirty cars — or setting a national limit on flights — two items on the Green’s agenda.

Green groups also strongly criticized the government’s plan to have a bigger fleet of natural gas plants make up the shortfall in electricity production as coal and nuclear are shut down. Greta Thunberg’s Fridays for Future called the agreement “a decision for the escalation of the climate crisis,” while the Green Youth organization said the deal simply doesn’t go far enough. The other two parties in the ruling coalition approved the agreement over the weekend.

The big question is whether the Greens will have enough power to fill the gaps in the deal and make sure the proposed measures are put into practice. All eyes are now on “how the new coalition implements what has been agreed on,” said Simon Muller, Agora Energiewende’s director in Germany.