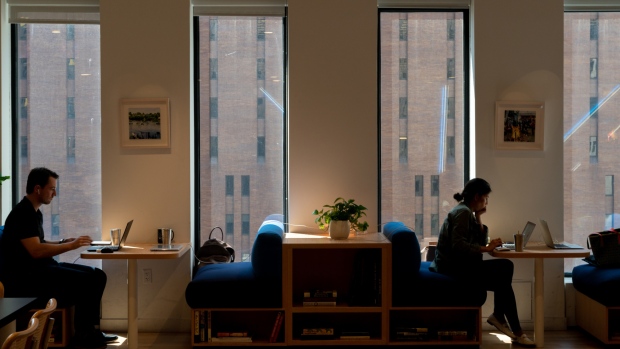 (Bloomberg) -- Most people who rely on gig work are financially vulnerable, according to findings by the Federal Reserve.

Three in 10 Americans do gig work of some kind, a broad class of temporary employment that covers everything from babysitting and house cleaning to driving for ride-sharing applications such as Uber and Lyft, according to the Fed’s annual report on the financial health of U.S. households.

But those who depend on such work are struggling to make ends meet. Nearly one-fifth of gig workers rely on it for their main source of income, and more than half of these people would have a hard time affording an unexpected $400 expense, the report showed.

“A decade after the Great Recession, financial fragility and economic insecurity remain concerns for many households," Fed researchers said. “The adults engaged in gig activities are a segment of the population that may be experiencing heightened financial fragility."

The rise of on-demand services such as Uber and TaskRabbit has created opportunities for people looking to do piece work. But some economists see the trend as a sign that job quality may be eroding even as the job market tightens.

The Fed report suggests gig work is being done by those at the margins of society. People with lower educations are more likely to rely on such work, Fed researchers found. Among those with a high-school degree or less, 14% depend on it for at least half their income. The proportion is 8% for those with a bachelor’s degree or higher.

About one-quarter of gig workers use alternative financial services such as pay-day loans. That compares with 16% of workers in traditional work arrangements.

Gig work also skews young, with about 37% of those ages 18 to 29 having a gig job, but only about one-fifth of those age 60 or older participating in the industry.

The Fed’s definition of gig work is broader than recent research that suggests this type of work has declined. The Labor Department reported last year that only 10% of Americans in 2017 were involved in alternative work arrangements, down from nearly 11% in 2005. The Fed’s survey showed that only 3% of gig workers used the Internet to get this work, which would include apps such as Uber.

“Gig work—on its own—is not a uniform sign of financial fragility," according to the report. But it adds that “doing gig activities to earn money, in particular as a primary source of income, is associated with more fragility."

To contact the editors responsible for this story: Scott Lanman at slanman@bloomberg.net, Andrew Mayeda, Alister Bull