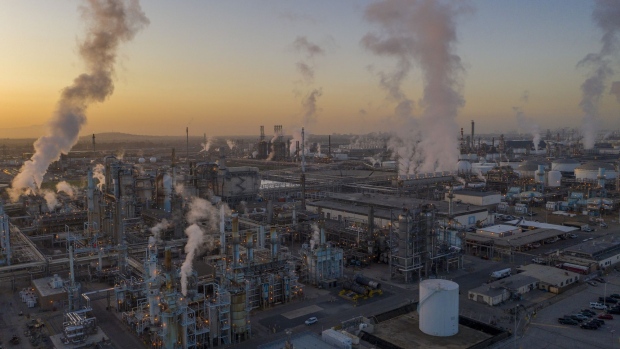 Oil and gas operations emitted just over 70 million metric tons of methane into the atmosphere in 2020, according to the International Energy Agency’s latest edition of its annual Methane Tracker report released on Monday. Emissions were 10% lower than the estimate for 2019 amid production cuts and the introduction of new methane regulations.

“The task now for the oil and gas industry is to make sure that there is no resurgence in methane emissions, even as the world economy recovers, and that 2019 becomes their historical peak,” said IEA executive director Fatih Birol. “Early action on methane emissions will be critical for avoiding the worst effects of climate change.”

Methane emissions are the second-largest cause of global warming after carbon dioxide. While methane is less abundant in the atmosphere than carbon dioxide, and has a shorter lifetime, it absorbs much more energy than CO₂, so it’s a more powerful greenhouse gas.

Detecting methane emissions has been a challenge in the past because they are mostly caused by hard-to-detect leaks, but over the last few months new satellites have provided a way to identify large discharges.

Methane emissions need to fall 70% over the next decade, a decline equivalent to eliminating CO₂ emissions from all cars and trucks across Asia, according to the report. Fixing methane leaks would be cost-effective for energy companies because the captured methane can be sold as natural gas. The cost of repairs and maintenance needed to capture methane can often be paid for by the value of the additional gas brought to the market.

Still, lower natural gas prices during 2020 made methane abatement less appealing. While that could change if natural gas prices rise, as they have done in recent weeks, regulatory action will be essential to tackle emissions, IEA said.

The organization called for governments to address the issue during United Nations climate talks in Glasgow in November. The gathering, known as COP26, should be an opportunity for governments and companies to include methane emissions in their promises to lower their environmental footprints in order to slow down climate change.

“One important avenue, especially for countries with large oil and gas sectors, will be to include commitments on methane in their new or updated pledges in advance of the COP meeting,” Birol said. “This is the moment for governments to raise ambitions not only on CO₂ but also on methane.”