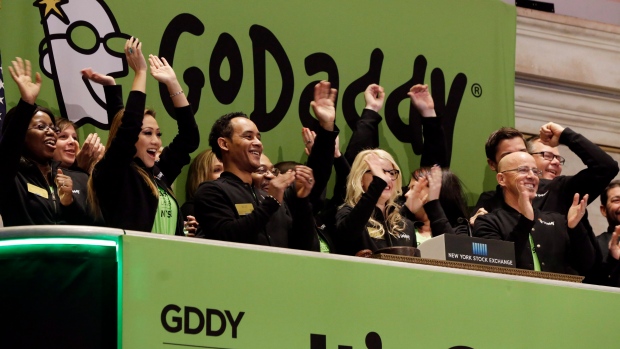 GoDaddy Inc (GDDY.N), a U.S.-based website domain name provider, said on Tuesday it would buy peer Host Europe Group (HEG) for 1.69 billion euros (US$1.82 billion), including debt, as it seeks to expand beyond the initial set-up of websites.

GoDaddy has branched into the more profitable business of hosting websites for small businesses and consumers and the HEG deal will help it accelerate this shift as well as broaden its customer base in Europe.

The deal gives the company a five-year jump in Europe, GoDaddy Chief Executive Blake Irving said in an interview.

HEG is one of Europe's largest independent web hosting firms and operates brands such as 123Reg, Domain Factory, Heart Internet and Host Europe.

Reuters had reported last month that GoDaddy was in exclusive talks to buy the company.

HEG is currently owned by European private equity firm Cinven Ltd, which acquired the business in August 2013 for 438 million pounds (US$560 million).

Irving said the company had considered buying HEG in 2013, but dropped the plan over integration concerns.

The HEG platform will likely be used by Godaddy for follow-on deals in Europe, a person familiar with the deal said.

GoDaddy said HEG was on track to generate about US$328 million in bookings and about US$139 million in adjusted EBITDA in 2016.