Investors should dedicate a small portion of their portfolio to gold amid market volatility: Epstein

Gold extended its rally to hit the highest in more than seven years on concern that the coronavirus pandemic will have a deep effect on the global economy, hammering corporate earnings while supercharging demand for havens.

Futures in New York moved closer to US$1,800 an ounce, a level last seen in 2011. Spreads between futures and spot prices remain wide, suggesting thinner liquidity, which is further exacerbating price dislocation.

“Liquidity conditions are challenging and market participants are understandably cautious,” Joni Teves, a strategist at UBS Group AG, said Tuesday in a note. “Gold’s journey has been quite bumpy so far, but given the macro backdrop we think the destination remains higher.” 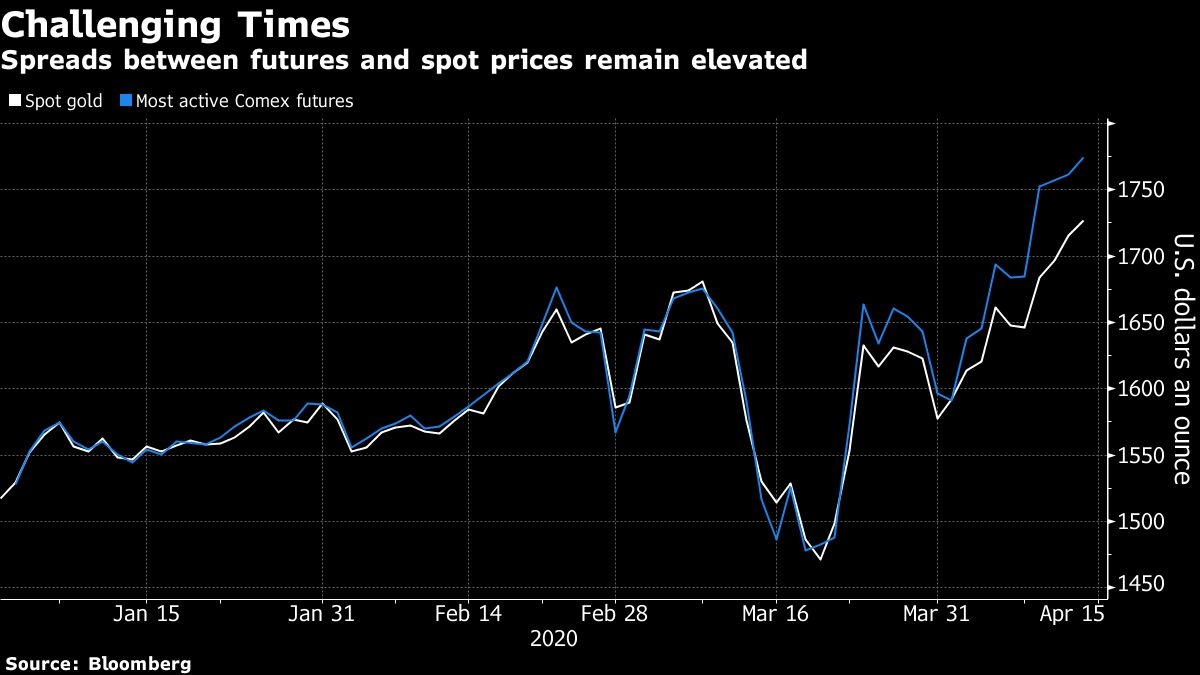 Bullion has soared this year as the global heath crisis tipped economies toward recession and spurred central banks to launch huge stimulus measures. Since last month’s wave of forced selling, as equities sank, gold has staged a recovery.

Futures pared earlier gains as “there’s a little bit of a move on volatility, and equities turned around a bit, and what we might be seeing is that people are locking in what they’ve gained on gold here,” Bart Melek, head of commodity strategy at TD Securities, said by phone.

Overall, gold still has room to run, according to Hans Goetti, founder and chief executive officer of HG Research.

“What’s happening here is that the Fed is expanding its balance sheet and every other central bank in the world is doing the same,” he told Bloomberg TV. “What you’re looking at is massive currency debasement in the long term. That’s the major reason why gold is higher, and I would think that over the next few weeks or months, we’re probably going to retest the high that we saw in 2011.”

The Federal Reserve’s massive U.S. monetary program and the fiscal stimulus “could see long-end rates rise during the recovery phase, but not without rising inflation expectations, which should keep real rates suppressed,” TD Securities analysts said in an emailed note. “In this context, we suspect that investment demand for gold will continue to rise as capital seeks shelter from a long-term environment in which real rates are negative.”

Gold’s latest upswing has come even as risk sentiment received a boost after China’s trade data beat estimates, while the pace of coronavirus infections has slowed in some countries, with the focus shifting toward how lockdowns can be eased. President Donald Trump said he has “total” authority to order states to relax social distancing and reopen their economies.

Worldwide holdings in bullion-backed exchange-traded funds have ballooned to a record on rising demand, with investors seeking additional portfolio protection. On Monday, volumes in SPDR Gold Shares, the largest such fund, surged above 1,000 tons to the highest since mid-2013.

In other precious metals, silver futures also advanced on the Comex, while platinum and palladium gained on the New York Mercantile Exchange.