Gold’s strong run is taking Canada’s equity benchmark back to its mining roots.

Eight out of 12 stocks that have been picked to join to the S&P/TSX Composite Index since June are precious metals miners. Asset management firm Sprott Inc., which has a heavy focus on gold and silver investments, is also a play on metals.

Metals and mining stocks have a 14 per cent weighting on the Canadian benchmark, up from almost nine per cent last year. That’s the biggest year-over-year increase since at least 2001, according to data compiled by Bloomberg.

“You want the index to reflect exactly what’s going on at the time,” Brooke Thackray, an analyst at Horizons ETFs Management (Canada) Inc., said by phone. “It’s not a forecasting mechanism. It’s just a what’s-taking-place-right-now mechanism.” 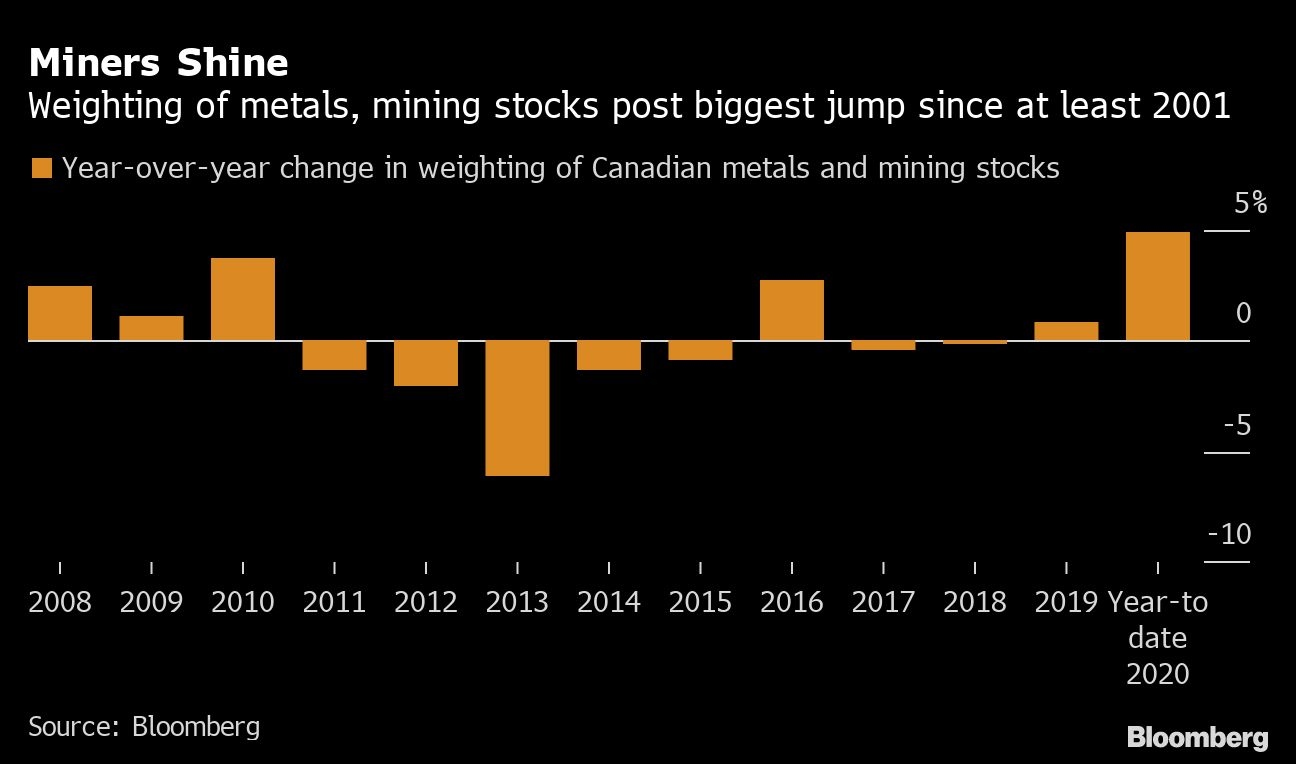 The S&P/TSX Materials Index, home to more than 30 Canada-based precious metals miners, has surged 32 per cent this year -- making it the second-best performing sector in Canada -- on strong gold and silver prices. The rise has happened because of a weakening U.S. dollar, plunging real rates and geopolitical tensions, all of which have motivated investors to seek shelter in precious metals.

One concern for index investors is: What happens when risk appetite comes back with a vengeance?

“There is a risk that all of a sudden gold goes down on a continuous basis. The index is designed so that you could actually take some of them out again,” Thackray said.

“If gold producers aren’t doing well and you take them out, then the index is actually doing its job. It’s changing over time to match the economic conditions and the representation of the stock market.”

Case in point: New Gold was removed from the index in June 2019. 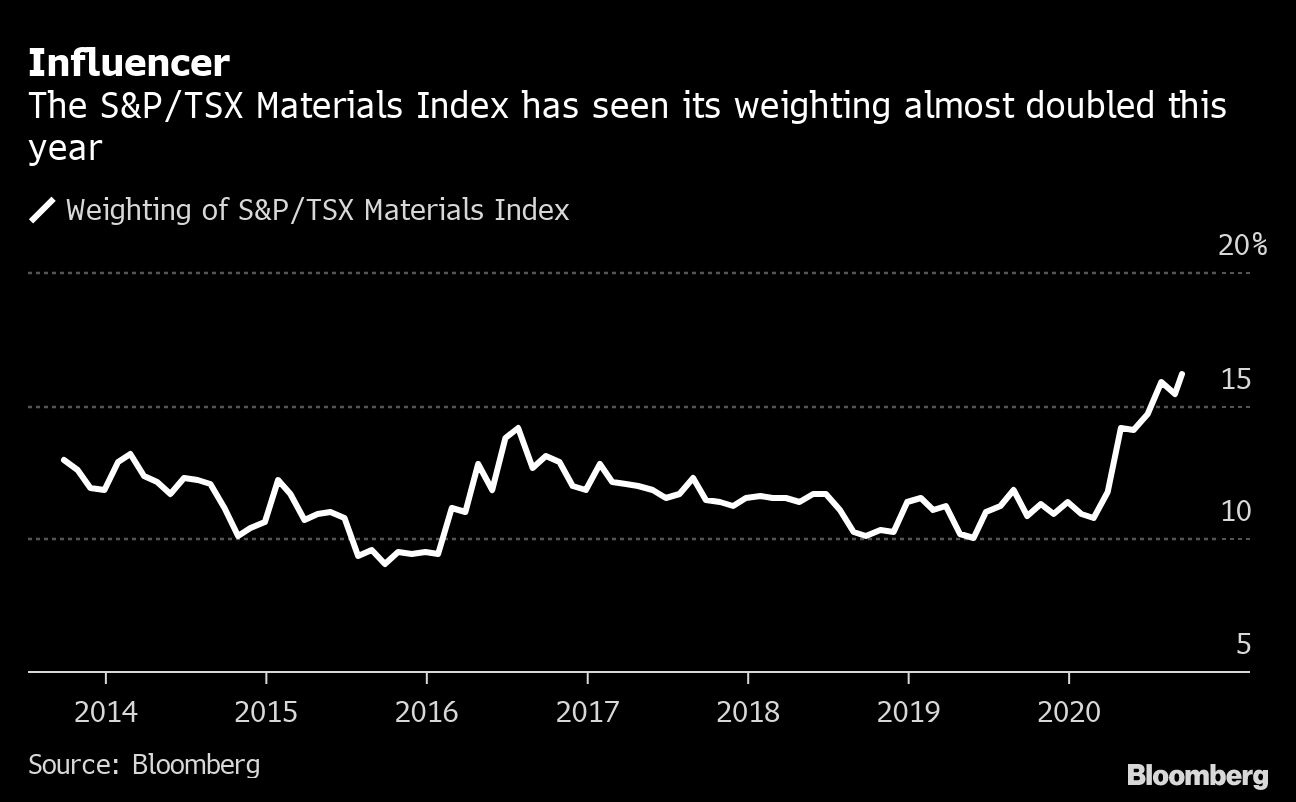 For Canadian stock-market bulls, gold is one way to mitigate the TSX’s structural challenge -- a shortage of large tech companies that has led to underperformance compared with U.S. markets. While Shopify Inc. has become an investor darling, foreign funds see the Canadian market as heavy on banks, energy and mining, Thackray said. Because it is.

U.S. Federal Reserve Chairman Jerome Powell’s latest remarks that the central bank will delay tightening until the U.S. gets back to maximum employment and two per cent inflation could propel gold stocks higher down the road.

But volatility will also rise: mining shares tend to swing at least as much as the price of the commodity itself, which is tied to Black Swan events, geopolitical tensions and economic growth data.

“How much gold is too much? I don’t know what that magic number is,” Thackray said. “I don’t think we’re near that point.”