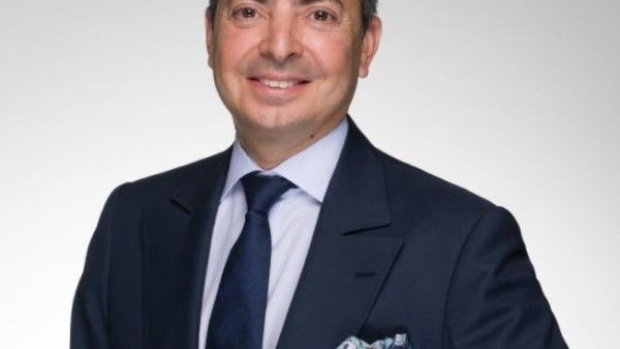 Goldman Sachs Group Inc. hired a UBS Group AG banker to run its private wealth management unit for the Middle East and North Africa, as part of a strategy to expand its business catering to rich clients.

Gabriel Aractingi joined the U.S. bank earlier this month as head of private wealth management for the region and will be based in Geneva. He was previously UBS’s head of global family office for MENA since 2018.

“We’re committed to an aggressive growth plan internationally and a big part of that will be in the EMEA region,” Bollinger said.

Goldman is looking to grow its wealth management and consumer banking business as part of a strategy outlined by Chief Executive Officer David Solomon to make the firm less reliant on trading revenue.

As part of that strategy it’s planning to boost its private wealth arm, echoing a similar approach Credit Suisse Group AG and UBS have employed in bringing investment banking advice into how it serves wealthy clients. Rich families in the Middle East, which often also control large conglomerates, are an attractive opportunity.

Looking to bulk up its presence in the oil-rich Gulf, the bank earlier named Fadi Abuali and Zaid Khaldi as co-chief executive officers for the Middle East and North Africa after Wassim Younan, the regional CEO, retired at the end of 2020.

But a number of key bankers have left the firm recently, with the head of investment banking for Saudi Arabia departing last month to join the kingdom’s sovereign wealth fund. Veteran Dubai-based dealmaker Hazem Shawki left for Credit Suisse and two other executives departed this year to join Saudi Research & Marketing Group.

Aractingi was Morgan Stanley’s CEO in the kingdom until August 2016 and then joined Bahrain’s Investcorp Bank BSC as the head of its Saudi Arabia business.

The U.S. bank has made progress on its goal of raking in more fees from money management, as the pool of asset-management and wealth-management funds it oversees grew to $2.1 trillion. The firm has vowed to turbocharge its capital-raising activities driven by new planned funds in alternative investments.

The goal of its wealth management business in the Middle East and North Africa is to continue to grow its offering to high-net-worth individuals, family offices and foundations, with a plan to add more advisers and expand its products in the coming months.

“The key target markets for us will be Saudi Arabia, the UAE, Kuwait and Qatar,” said Abuali, who’s also CEO of asset management for EMEA. “Clients in this region are very sophisticated and because of the dollar peg, appetite for U.S. assets is high -- which plays to a lot of our strengths.”