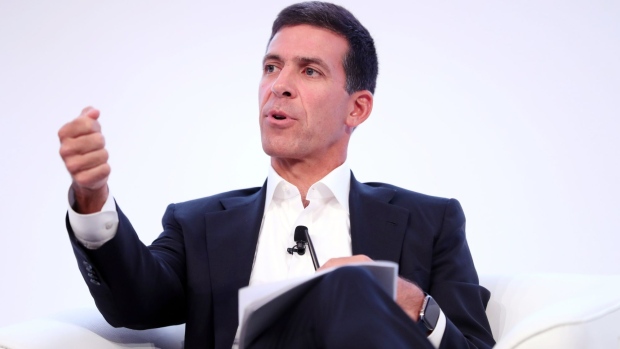 The global economy could be in for a bumpy ride as lockdowns tied to the COVID-19 pandemic begin to ease, especially if governments start to pull back on stimulus programs, Goldman Sachs Group Inc. President John Waldron said.

“The biggest risk we all face is the economic trajectory,” Waldron said Wednesday at a virtual conference hosted by AllianceBernstein Holding LP. “The risks ahead are that it doesn’t go quite that smoothly, and you have re-emergence of the virus maybe in pockets, you have uneven start-and-stop kind of feeling around the world.”

Jamie Dimon, JPMorgan Chase & Co.’s chief executive officer, said Tuesday that the odds are good for a fairly rapid recovery in the U.S., with the response from the Federal Reserve paving the way for a rebound. Goldman Sachs analysts continue to expect growth next year to outstrip the roughly 4 per cent decline in gross domestic product they forecast for 2020.

Read more about Dimon’s comments on prospects for a rebound

Credit risk for corporations and consumers is a particular point of concern for Goldman Sachs, where Waldron is second in command.

Middle-market lending has seen a major expansion in recent years through both banks and non-bank lenders, and Waldron said there’s a risk that sector won’t benefit from access to capital markets or government support. “We are playing close attention to that,” he said.

A W-shaped recovery could also pose a unique challenge for consumers, especially if government support wanes, according to Waldron. That would lead to “a lot more destruction” in consumer credit, he said. Goldman is still a relatively small player in extending credit to individuals, with outstanding loan balances of about US$7 billion.