The Goldman Sachs economists led by Jan Hatzius said in a weekend report to clients that they currently expect rates to be increased in March, June, September and December and for the central bank to announce the start of a balance sheet reduction in July.

But they said inflation pressures mean that the “risks are tilted somewhat to the upside of our baseline.”

They have been made more concerned by the Omicron variant prolonging supply-demand imbalances and by continued strength in wage growth. That all suggests to them the likelihood of ongoing inflation pressures amid a mix of lingering supply chain problems, hot wage growth, strong gains in rents and very high short-term inflation expectations.

“We see a risk that the FOMC will want to take some tightening action at every meeting until that picture changes,” the Goldman Sachs economists said. “This raises the possibility of a hike or an earlier balance sheet announcement in May, and of more than four hikes this year.”

Chair Jerome Powell and colleagues on the U.S. Federal Open Market Committee meet this week amid expectations they will signal a willingness to lift rates from near zero in March. 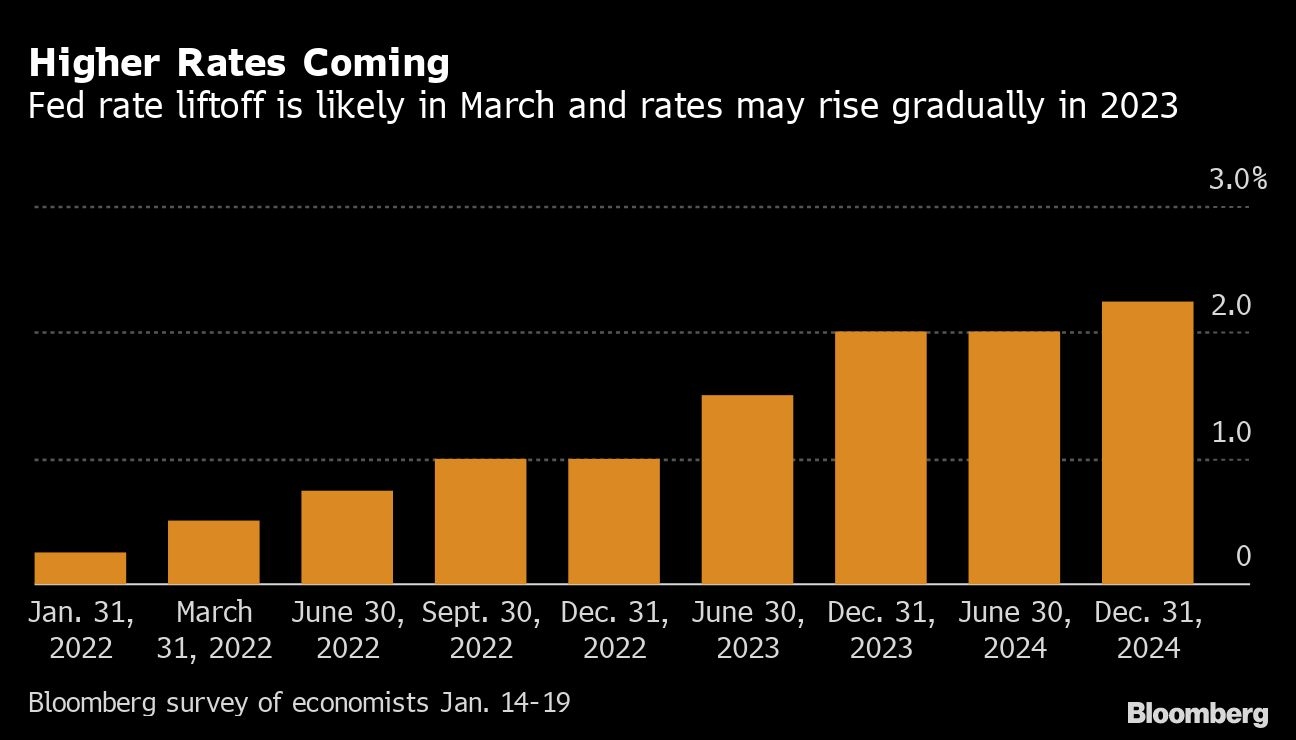 The Goldman Sachs economists said if the Fed did decide to be more aggressive, it would likely hike by 25 basis points at consecutive meetings rather than by 50 basis points.

“Even that would be a major step, and few Fed officials appear to be considering it for now,” they said.

Among potential triggers for a shift to rate hikes at consecutive meetings would be a further increase in long-term inflation expectations or another upside surprise on inflation, they said.