Be sure to own more stocks on the way up than you owned on the way down: Senior wealth advisor

The selloff in equities will reach a bottom once the Federal Reserve signals the end of tightening, which may not happen until recession is apparent, according to Goldman Sachs Group Inc.

“It may be necessary for the market to become more confident than it is that financial conditions tightening has been sufficient and that the Fed has delivered and signaled enough tightening,” Goldman’s strategist Vickie Chang wrote in a note. “Monetary policy has historically stopped tightening about three months before equities bottom, and shifted to easing about two months afterwards.”

US equities have slumped this year amid investor concerns that the Fed will plunge the economy into a recession with its active monetary tightening amid soaring inflation. The S&P 500 flirted with a bear market on Friday, while the Nasdaq 100 is down more than 25 per cent in 2022 as frothy technology shares have led the selloff on worries about higher rates curbing future earnings growth. 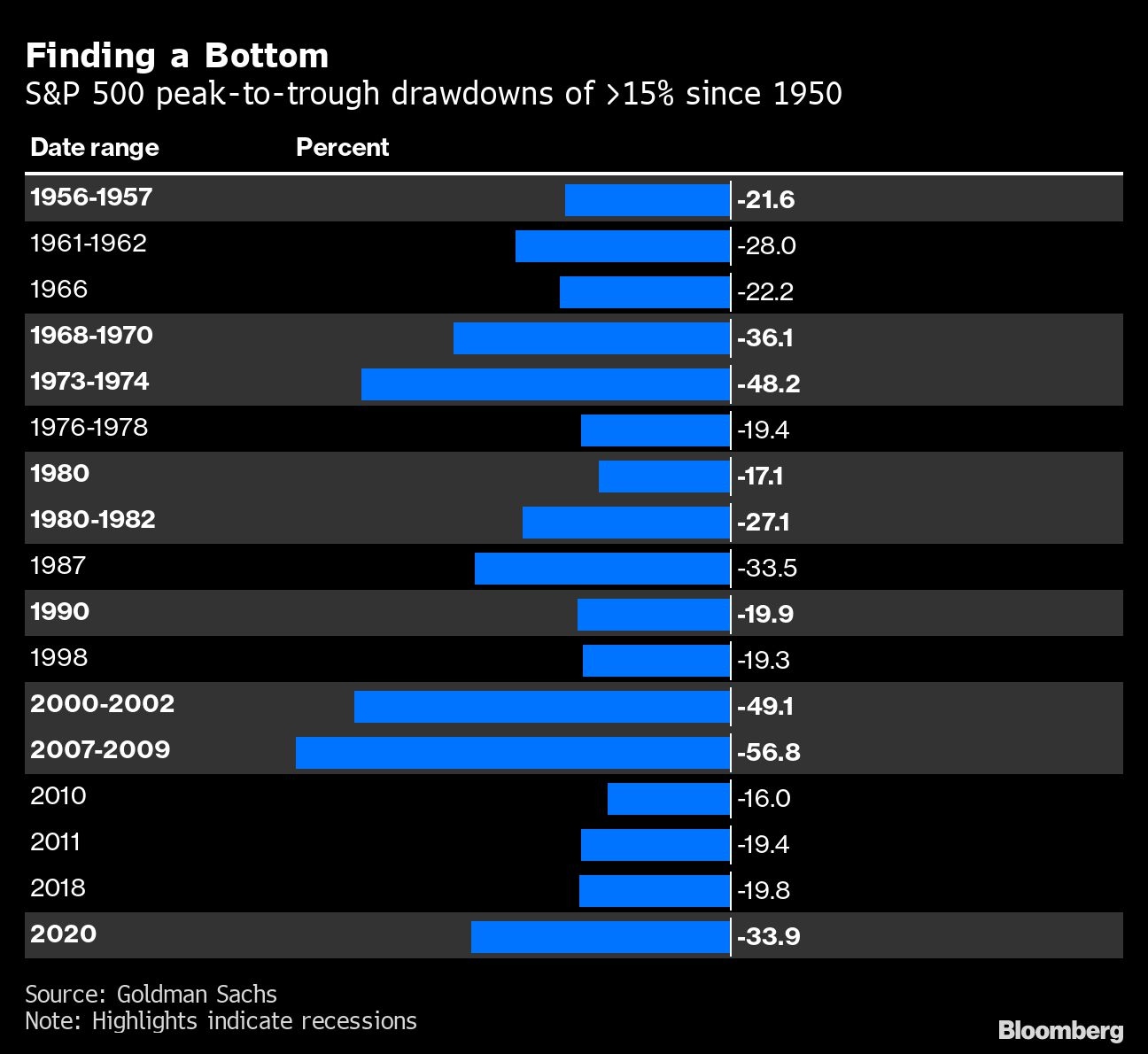 “A shift to Fed easing is unlikely without a clear move into recession, but -- as in late 2018 -- a clear signal that tightening risks are receding may be sufficient,” said Chang.

The Fed raised interest rates by 50 basis points earlier this month -- to a target range of 0.75 per cent to 1 per cent -- and Chair Jerome Powell has signaled it was on track to make similar-sized moves at its meetings in June and July.

Investors are looking ahead to this week’s minutes of the most recent Fed rate-setting meeting to gain insight into the US central bank’s tightening path. Fed Bank of Kansas City President Esther George said she expects the central bank to raise interest rates to 2 per cent by August, with the further course of tightening being guided by how surging inflation cools off.

In the past, such monetary tightening-fueled stock market corrections have tended to bottom when the Fed pivoted toward easing, regardless of a trough in economic activity as investors bet that activity will rise anyways thanks to rate cuts, according to Goldman. Chang said this time equities investors are unlikely to get a clear signal from the Fed about a policy shift until there’s solid evidence of moderating growth and cooling prices. 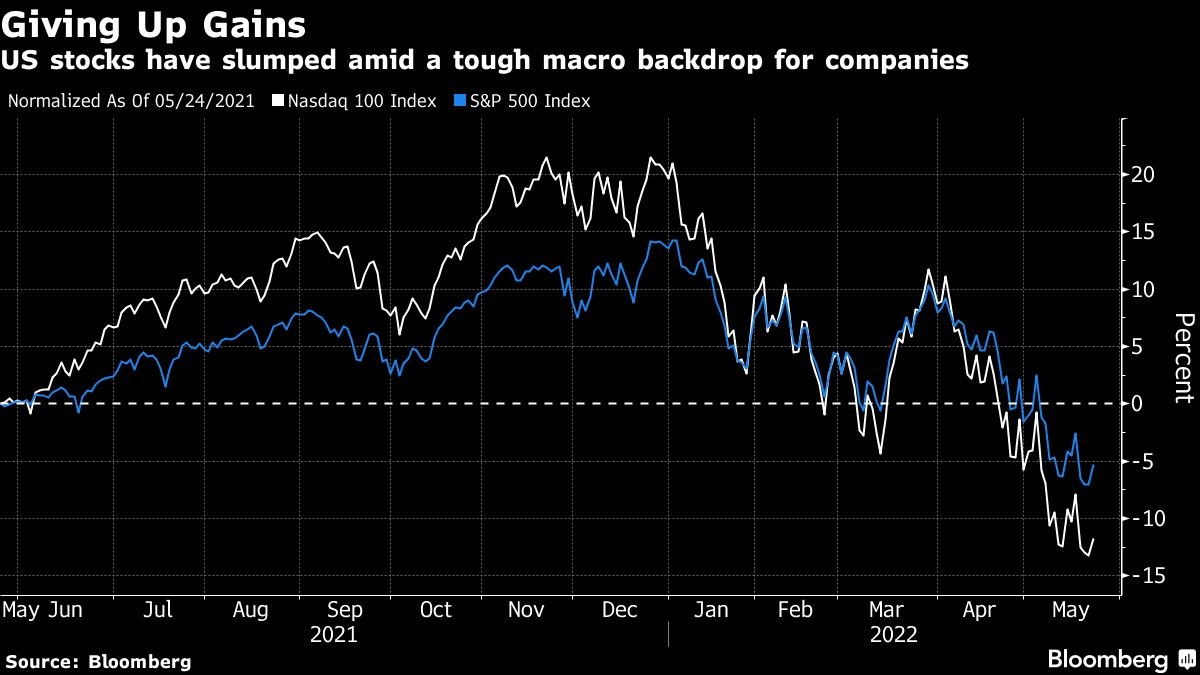 “Using history as a guide, in order for equities to come off their recent lows (and stop declining), this kind of monetary-tightening induced contraction is most likely to end when the Fed itself shifts,” Chang said. “It may be that the market needs to see signs of the inflation deceleration that our US economists expect in the second half of the year in order to see sustained relief.”