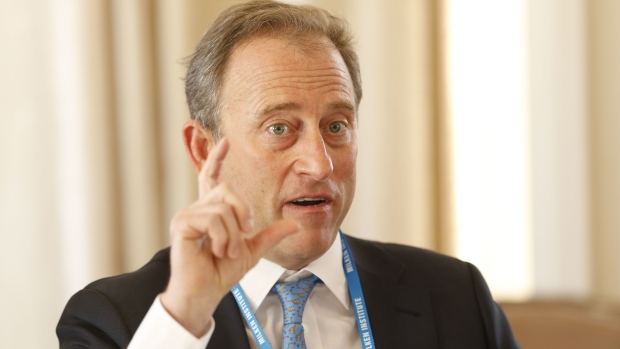 Corbat, 62, will be providing insight and advice to 26North Partners, the $9.5 billion entity Harris has been building since announcing his departure from Apollo Global Management Inc. last year. His new firm has expanded to about 60 professionals focusing on private equity, credit and insurance deals. Corbat is also expected to guide companies in which 26North invests.

“I’ve long admired Mike’s ability to cultivate meaningful relationships with companies, investors and build trust with the teams he oversaw throughout his nearly 40 years at Citi,” Harris said in an emailed statement. “Mike and I have spent a lot of time talking about our shared values. During those conversations, it became clear that his incredible knowledge and insight would be invaluable.”

He’s joining at a challenging time for alternative-asset managers. Federal Reserve rate hikes and a decline in stock prices across the globe have caused firms to hold on to assets rather than sell at discounted prices, with many boosting bets in credit and insurance to lessen the blow.

That’s not stopped Harris from building out the group. He’s made key hires in recent months, including Brendan McGovern, former head of Goldman Sachs Asset Management’s private credit group, to lead a lending platform. He also brought on Mark Weinberg, who helped lead US private equity at Brookfield Asset Management, to run buyouts.

Corbat is no stranger to tough economic conditions. He’s credited with simplifying Citigroup and returning the bank to consistent profitability after the behemoth almost collapsed in the 2008 financial crisis.

Under Corbat, Citigroup’s profits more than doubled to almost $20 billion. He also sought to make the bank a leader on environmental and social issues. The bank became one of the first companies to offer an uncharacteristically blunt assessment of the pay gap between men and women in its global workforce in 2019. Corbat stepped down in early 2021 after more than eight years in the top job.

Now, he’ll be helping Harris with his second act, which involves a more nimble and entrepreneurial business than the giant investment firm he co-founded with Leon Black and Marc Rowan in 1990. Harris is worth an estimated $7.2 billion, according to the Bloomberg Billionaires Index.

Harris also has a family office, HRS Management, which oversees his personal fortune, including stakes in the National Basketball Association’s Philadelphia 76ers and the National Hockey League’s New Jersey Devils.

(Updates with additional hire in fifth paragraph. An earlier version corrected the size of the firm.)