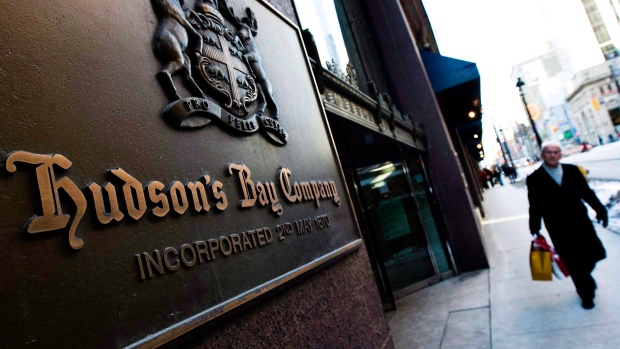 An attempt by Hudson’s Bay Co. (HBC.TO) to buy rival retailer Macy’s (M.N) would help unlock the value of the department store chain’s real estate, but would do little to improve the company’s day-to-day business, warns one Canadian money manager.

“Beyond the financial engineering what are you left with?” said John Stephenson, president and CEO of Stephenson & Company, in an interview with BNN.  “Is there anything that innovative that can happen from a retail stand point? I think the answer to that is no.”

Shares of both HBC and Macy’s surged on Friday amid reports the venerable Canadian retailer is in talks to take over its much larger U.S. rival, with a particular focus on the value of the latter’s real estate assets. Neither company confirmed that talks were underway.

Macy’s, which also owns the Bloomingdale’s retail chain, has a market cap of about US$10 billion, but the value of its real estate portfolio could be as high as US$20 billion, according to various estimates. Those estimates may be too optimistic, because many of the properties are linked to shopping malls that could be experiencing declining foot traffic, according to Stephenson.

Activist shareholders could also stymie the deal, he added. The Starboard Value hedge fund owns about one per cent of Macy’s and has been pushing the company to spin out its real estate into a separate business. Macy’s has reportedly been resisting those efforts.

Both Macy’s and HBC warned that recent holiday sales have been less than expected. HBC said last month it was reducing its sales targets for 2016. Macy’s said same-store sales dropped 2.7 per cent in November and December compared to the same period in 2015. Macy’s is in the process of closing 100 stores as part of its cost-cutting campaign.

Several analysts have said a deal between the two companies is unlikely but “crazier things have happened,” wrote Richard Jaffe, an analyst at Stifel, in a note to clients. “It is clear that the U.S. is overstored and is facing severe competitive pressure to both sales and margins from e-commerce operators, the result of changes in consumer shopping habits,” Jaffe added.

Past real estate-fuelled department store merger attempts have not gone well, wrote Jaffe, citing failed deals by Robert Campeau. The Canadian financier’s real estate empire collapsed in the early 1990s after loading up on debt to take control of Allied and Federated Department stores – the owners of Bloomingdale’s.