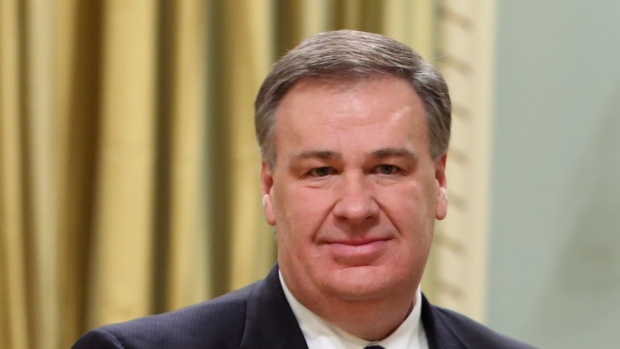 As a growing number of global energy companies retreat from the oil sands, Canadian Natural Resources (CNQ.TO) is betting big on a future in the patch.

And the man placing that bet is CNRL chairman Murray Edwards. The company has agreed to buy most of the Canadian assets of Royal Dutch Shell in a US$8.5-billion deal.

But John Brussa, former chairman at Penn West Exploration, isn’t that surprised by the bullish move of his former colleague and friend.

“If you’re a bit of a contrarian, you’d say this is quite a vote of confidence for the Canadian oil sands and the Canadian oil patch generally,” said Brussa in an interview on BNN. “To have a guy this smart doubling down rather than investing in a shale play in the U.S. or an international play, he [Edwards] is saying there’s still life in the sector,” he said.

During his career, Edwards helped recapitalize CNRL and propel it to become one of the biggest independent producers in Canada. He’s also earned a reputation for making deals.

“This deal is quite symptomatic of Murray’s approach,” Brussa said. “He tends to buy things when they’re out of favour.”

Brussa says he is optimistic about the Shell deal, saying it reminds him of one of Edwards’ “master strokes,” when CNRL bought all of BP Amoco’s Alberta oil assets in 1999.

“He bought [Amoco] when oil was trading at $12 dollars [a barrel] and in a fairly short time frame it started to recover.”

Brussa said Edwards looks for value where others may not be seeing it.

"[He believes in] taking the very long view and filtering out the noise. He’s in the game for the intellectual challenge. He’s not a Donald Trump by any stretch of the imagination."