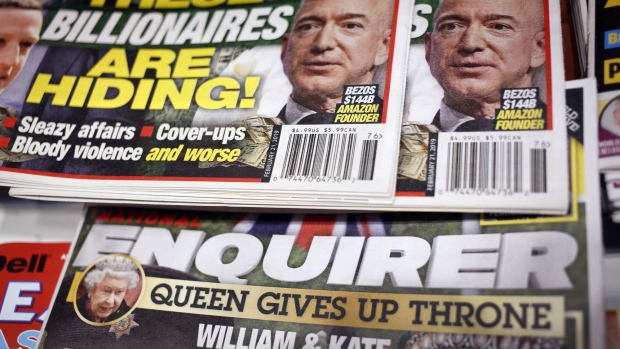 (Bloomberg) -- The fate of McClatchy Co., the once-towering operator of storied American newspapers, is coming down to a hedge-fund bidding war.

Chatham Asset Management and fellow debt holder Brigade Capital Management said months ago they’d bid more than $300 million for the bankrupt publisher. But they’re now facing competition from Alden Global Capital for control. McClatchy has until July 15 to tell its bankruptcy judge who won the auction, which began Friday, according to court papers.

Either way, McClatchy, owner of newspapers like the Miami Herald and Kansas City Star, appears destined to fall into the hands of a hedge fund with a history of media investments. Chatham owns American Media, publisher of the National Enquirer, and is already a major McClatchy shareholder. Alden Global owns MediaNews Group and a chunk of Tribune Publishing.

“We have continued to engage with a number of parties over the past few weeks and are encouraged to see the interest expressed in McClatchy,” the Sacramento, California-based publisher said in a statement after the auction began.

A representative for Chatham declined to comment. The firm said previously that it’s “committed to preserving independent journalism and newsroom jobs.”

“It’s an extremely tough business. God bless them if they can make a go of it,” said Craig Huber, founder of Huber Research Partners LLC, who has followed the newspaper industry for 25 years. “The financials of newspapers in general that we track are horrifying. It’s nobody’s fault -- they’re left for dead unfortunately because of the Internet and digital.”

Investment firms have become notorious for making deep cuts at newspapers, angling for the profitability that has largely eluded newsrooms in recent years. Alden Global has developed a reputation for “stripping down newspapers and trying to run them for cash flow for as long as they can,” Huber said.

Lawyers for Alden Global didn’t respond to a request for comment.

McClatchy employs 2,800 people and owns newspapers in 14 states, with a total daily circulation of 1.1 million and 1.5 million for Sunday print editions, the company said in its bankruptcy declaration. They include its hometown broadsheet, The Sacramento Bee, as well as The Charlotte Observer and The News & Observer in Raleigh, North Carolina, and the Star-Telegram in Fort Worth, Texas.

Chatham, a longtime investor in McClatchy, has been the clear favorite to take control since the company filed for bankruptcy in February. But its bid has a catch -- much of the offer would come in the form of debt forgiveness. While that structure is commonplace in bankruptcy auctions, junior creditors are trying to sue Chatham and McClatchy board members over past debt deals, casting doubt on the validity of the bid.

Alden Global said at a court hearing on Thursday that it was prepared to top Chatham. But its lawyer also threw doubt on the auction, saying in court papers that allowing the credit bid would be “unfair.”

U.S. Bankruptcy Judge Michael Wiles denied Alden Global’s effort to block at least part of Chatham’s credit bid, adding he could strike it down at a later hearing if need be. But a McClatchy lawyer said at the same hearing that Chatham and Brigade had already raised their offer by adding in more cash, which may alleviate some of the judge’s concerns.

The case is The McClatchy Company, 20-10418, U.S. Bankruptcy Court for the Southern District of New York (Manhattan).