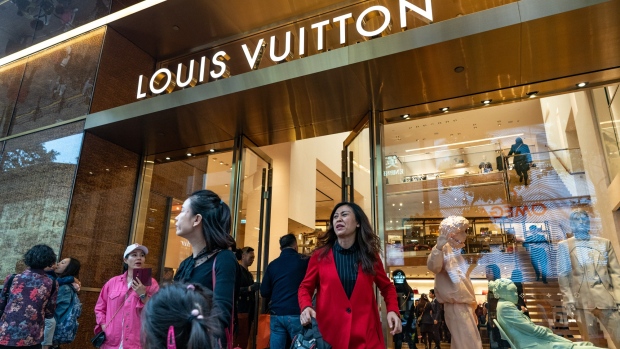 The trade war between the U.S. and China is raging once more and certain segments of the European stock market are feeling the pain.

The spat has riled a number of sectors in Europe, particularly cyclical names in the manufacturing and mining subgroups. Automakers have taken another hit as U.S. President Donald Trump has ramped up threats and markets worry the talks could be headed towards a stalemate. The Stoxx 600 Automobiles & Parts index has tumbled 12 per cent since its peak in April.

Exporters are also being hit by the euro rallying against the yuan, lessening the appeal of goods made by European companies for Chinese importers.

Here’s a non-exhaustive list of the sectors which have a significant exposure to the Chinese market and could find themselves suffering should trade tensions continue to rise.

China is comfortably the most important market for metals demand globally, meaning that miners are very sensitive to tensions in trade with the country. For example, Kaz Minerals Plc (KZMYY.PK) gets 66 per cent of sales from the Asian nation. Jitters in China can impact significantly on copper, iron ore and steel prices.

Wealthy Chinese consumers are a key end-market for luxury firms like Kering SA (PPRUY.PK), LVMH Moet Hennessy Louis Vuitton SE (LVMUY.PK) and Cie Financiere Richemont SA (CFRHF.PK). The latter gets about a quarter of its revenue from China. The latest trading updates from the sector have indicated demand for their expensive handbags and watches has held up in the country so far, defying concerns that Chinese buyers were starting to rein in spending.

Vehicle demand in China has been slumping, hit not only by the trade tensions with the U.S. but also a slowing domestic economy. Potential car buyers in the country are also awaiting possible government incentives to revive the market. European and U.S. car companies have become more reliant on the Chinese market as demand in Europe and North America wanes.

China is an essential part of the supply chain for companies that make the chips that go into smartphones and cars, among other products. Semiconductor manufacturers also derive a large portion of their revenue from the Chinese market, so are often very sensitive to trade angst. Infineon Technologies AG (IFNNY.PK), Europe’s largest chipmaker, makes 40 perr cent of its revenue in the country.

Chemicals companies also sell a huge amount of products to Chinese customers. BASF SE’s (BASFY.PK) boss has predicted China will represent half of all chemicals industry sales by 2030. These firms also supply products to other cyclical sectors like car makers, so any impact on those sectors can hit the industry. It’s the same story for industrial equipment suppliers and, more broadly, European industrial names.

Companies including U.K. drugmaker AstraZeneca Plc (AZN.N) and Danish insulin manufacturer Novo Nordisk A/S (NVO.N) are increasingly eyeing the Chinese market. Their ambitions, however, have faced a speed bump from a local plan to start bulk buying drugs. But China remains a key growth market for the pharmaceutical industry. AstraZeneca already gets 18 per cent of its revenue there, while Novo Nordisk gets about 10 per cent.

Testing and inspection companies such as Intertek Group Plc (IKTSY.PK) work on making sure goods that flow into the global market are safe and compliant with regulations. Broker Jefferies said in February that it estimates about five per cent of Intertek’s revenue is from products imported into the U.S. from China which will be directly caught up in the tariffs.

Below are a few other individual names and the percentage of revenue they make from the Chinese market, according to data compiled by Bloomberg.